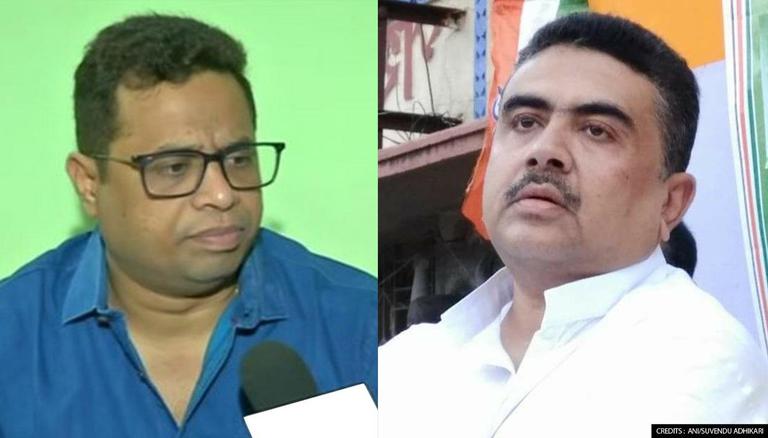 
Discord among BJP members in Bengal continues to spread as BJP MP Saumitra Khan resigned as BJYM chief on Wednesday only to rescind it hours later. Khan took to Facebook to allege that LoP Suvendu Adhikari was taking all the credit for BJP's achievements in Bengal. Khan who switched to BJP from TMC in 2018, is currently the Bishnupur MP and has assured that he will remain in BJP.

Taking to Facebook, Khan also lashed out at state BJP president Dilip Ghosh alleging that he did not understand what happens in the party. As per ANI, senior party leaders including Union Home Minister Amit Shah intervened and assured to look into Khan grievances, which made him rescind his resignation. Incidentally, four MPs from Bengal have been inducted into the new Modi cabinet - Shantanu Thakur, Nisith Pramanik, John Barla, and Dr. Subhash Sarkar.

“From today, due to personal reasons, I am relieving myself of the responsibility of Bharatiya Janata Yuva Morcha (BJYM) state unit. I was in BJP, I am in BJP, and will continue to be a part of it," said Khan in his Facebook video. Lashing out at Adhikari, he added, "This leader of opposition in the state should look in the mirror. He is misleading the leaders of New Delhi. He considers himself the tallest leader of the party in Bengal".

Reacting to Khan's tirade against him, Adhikari said, "I will not comment. I will not take it seriously. He is my younger brother. I will go and have lunch at his residence in Delhi. I had campaigned for Saumitra Khan in Kotulpur in 2011". Meanwhile, Ghosh chalked up Khan's tirade as resentment due to Adhikari's rise in the party saying, "Suvendu had enjoyed power in TMC before joining the BJP. Now he is cornering other leaders in BJP. Old and loyal members are bound to get upset."

Khan's personal life had created furore during Bengal polls when his wife  Sujata Mondal ditched the BJP for TMC. In response, Khan sent her a divorce notice. The couple had indulged in political mudslinging as Saumitra Khan told Sujata 'You came this far chanting Jai Shree Ram', while his wife alleged 'the party that abolished Triple Talaq is asking Saumitra to divorce me'. Mondol lost the Arambag polls to BJP's Madhusudan Bag.