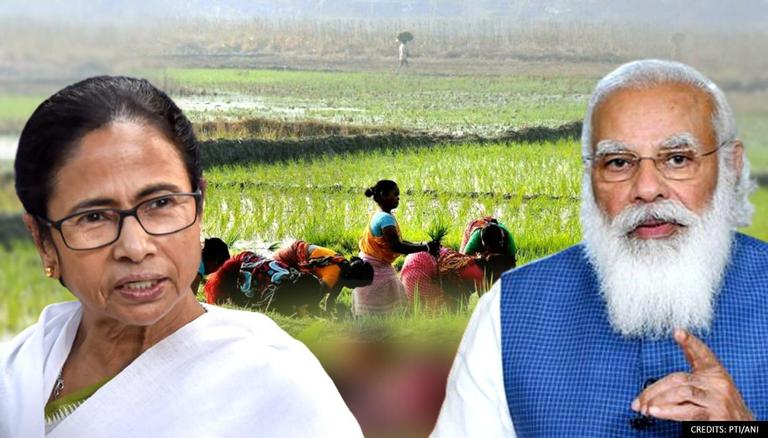 
The tussle between the Centre and the state continued as the West Bengal government on Friday informed that it had not received an invitation for the PM-KISAN fund release programme wherein PM Modi made the latest tranche of transfers to farmers. The West Bengal Home department claimed that seven lakh farmers in the state had received their due entitlement due to the efforts of CM Mamata Banerjee and the state government. The state government claimed that the first instalment of Kisan Samman Nidhi was transferred directly into the accounts of the farmers as per the data provided by the state and said that it would fight for its farmers.

Due to demand and actions of CM and GOWB, 7lakh farmers of West Bengal got their due entitlement, the first instalment of Kisan Samman Nidhi today by direct transfer as per data submitted by State. State will fight for its farmers.(1/2)

It is clarified that West Bengal did not receive any invitation for the PM Kisan fund release programme today.(2/2)

Last Thursday, CM Mamata Banerjee had written a letter to PM Modi requesting him to release funds to pay arrears to farmers under the PM-KISAN scheme. Reminding PM Modi about his speech during his Bengal visit where he had promised to release arrears of Rs 18,000 to farmers under the PM-KISAN scheme, she wrote that the state is yet to receive the funds. She has urged to make the payments and share the database of the 21.79 lakh farmers.

Earlier in December, before the elections, CM Mamata Banerjee had stated that the state's “Krishak Bandhu” initiative was far better than that given by the Centre. The CM, at that time, had asserted that West Bengal has its own scheme and does not need Central's assistance. On the other hand, Prime Minister Narendra Modi had accused Mamata Banerjee-led government of doing politics by stopping over 70 lakh farmers of the state from getting benefits of the Centre's flagship PM-KISAN scheme.

Prime Minister Narendra Modi on Friday released the eighth instalment of over Rs 20,000 crore to more than 9.5 crore farmer-beneficiaries under the Pradhan Mantri Kisan Samman Nidhi (PM-KISAN) scheme on Friday via video-conferencing. Agriculture Minister Narendra Singh Tomar, who was present on the occasion, said West Bengal has joined the scheme with more than 7 lakh farmers of the state getting the benefit today. Under the PM-KISAN scheme, the government is providing Rs 6,000 in three equal instalments to 14 crore farmers annually.

The amount is directly transferred into the bank accounts of the beneficiaries through direct benefit transfer (DBT) mode. An amount of over Rs 1.15 lakh crore has been transferred to farmer-beneficiaries so far under the PM-KISAN scheme, launched on February 24, 2019. PM Modi will also interact with five farmers from states like Uttar Pradesh, Maharashtra, Andhra Pradesh, Meghalaya, Jammu and Kashmir, and Andaman and Nicobar on the occasion.