Lok Sabha MP Bhagwant Mann broke his silence on the growing clamour among AAP workers to project him as the party's CM face for the 2022 Punjab Assembly polls. 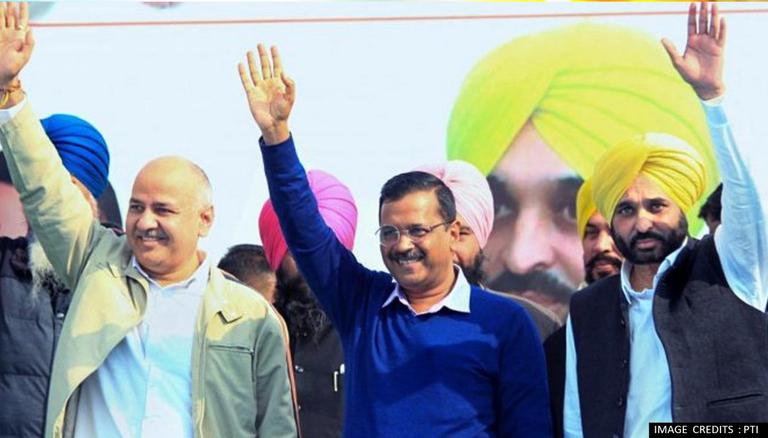 
Lok Sabha MP Bhagwant Mann broke his silence on Tuesday on the growing clamour among AAP workers to project him as the party's CM face for the 2022 Punjab Assembly polls. Besides party workers, multiple legislators including Kultar Singh Sandhwan and Kulwant Singh Pandori have openly supported the Punjab AAP chief's candidature for the top spot. Claiming that this is the demand of the people of Punjab, Mann vowed to abide by the final decision of the Arvind Kejriwal-led party.

Punjab AAP president Bhagwant Mann remarked, "This is our party's internal matter. They are not making a demand but raising the people's demand. It is their as well as my responsibility to convey the people's voice to the party. We will stand by whatever decision is taken by the party."

A professional comedian, Mann unsuccessfully contested the 2012 Punjab Assembly election a year after joining the People's Party of Punjab. After joining AAP in 2014, he won that year's Lok Sabha polls as well as the 2019 General Election from the Sangrur constituency. However, he lost to SAD supremo Sukhbir Singh Badal in the Jalalabad seat in the 2017 state Assembly election.

#WATCH | "This is our party's internal matter. They (workers) are just raising people's demand. However, we'll stand by party's decision," says Punjab AAP president & Sangrur MP Bhagwant Mann on being asked that his supporters are demanding him to be Chief Ministerial candidate pic.twitter.com/h60Ta4ygHH

The political situation in Punjab

In the 2017 Punjab Assembly election, Congress won a whopping 77 seats in the 117-member House, whereas Shiromani Akali Dal could win only 18 seats. On the other hand, AAP emerged as the second-largest party with 20 seats and failed to bear fruit as it could win in only 54 constituencies. Despite winning a huge mandate, infighting erupted in the Congress camp leading to Amritsar East MLA and former swashbuckling batsman Navjot Singh Sidhu's resignation from the Cabinet in July 2019. While the former cricketer continued to be an MLA, he maintained a distance from party activities.

Though CM Amarinder Singh and Sidhu attempted to resolve their differences over tea on March 17, 2021, a positive outcome proved to be elusive. The ex-BJP MP repeatedly began to attack the state government and the CM over the purported delayed justice in the incidents of desecration of the Guru Granth Sahib and the subsequent police firing incident. To end factionalism in the party's Punjab unit, Congress president Sonia Gandhi formed a committee comprising Rajya Sabha LoP Mallikarjun Kharge, ex-Delhi MP JP Agarwal, and AICC general secretary in charge of Punjab Harish Rawat on May 28.

Since then, the panel met multiple stakeholders including MLAs, ministers and the CM to ascertain their views ahead of the 2022 Assembly Elections. Ignoring Singh's protests, Gandhi appointed Sidhu as the Punjab Congress President on July 18. It is perceived that undermining the sitting Chief Minister and the constant bickering between the rival camps might have an adverse impact on Congress' poll prospects giving hope to AAP.