BJP accused the Maharashtra government of allegedly violating the Supreme Court guidelines by omitting the photo of Prime Minister in government advertisements.

On Wednesday, BJP accused the Maha Vikas Aghadi government in Maharashtra of allegedly violating the Supreme Court guidelines by omitting the photo of Prime Minister Narendra Modi in government advertisements. Writing to Maharashtra Chief Minister Uddhav Thackeray, BJP state vice president Prasad Lad mentioned that he had noticed this change since the formation of the new government. He requested the Maharashtra CM to instruct the requisite departments to include the PM’s photo in subsequent advertisements. 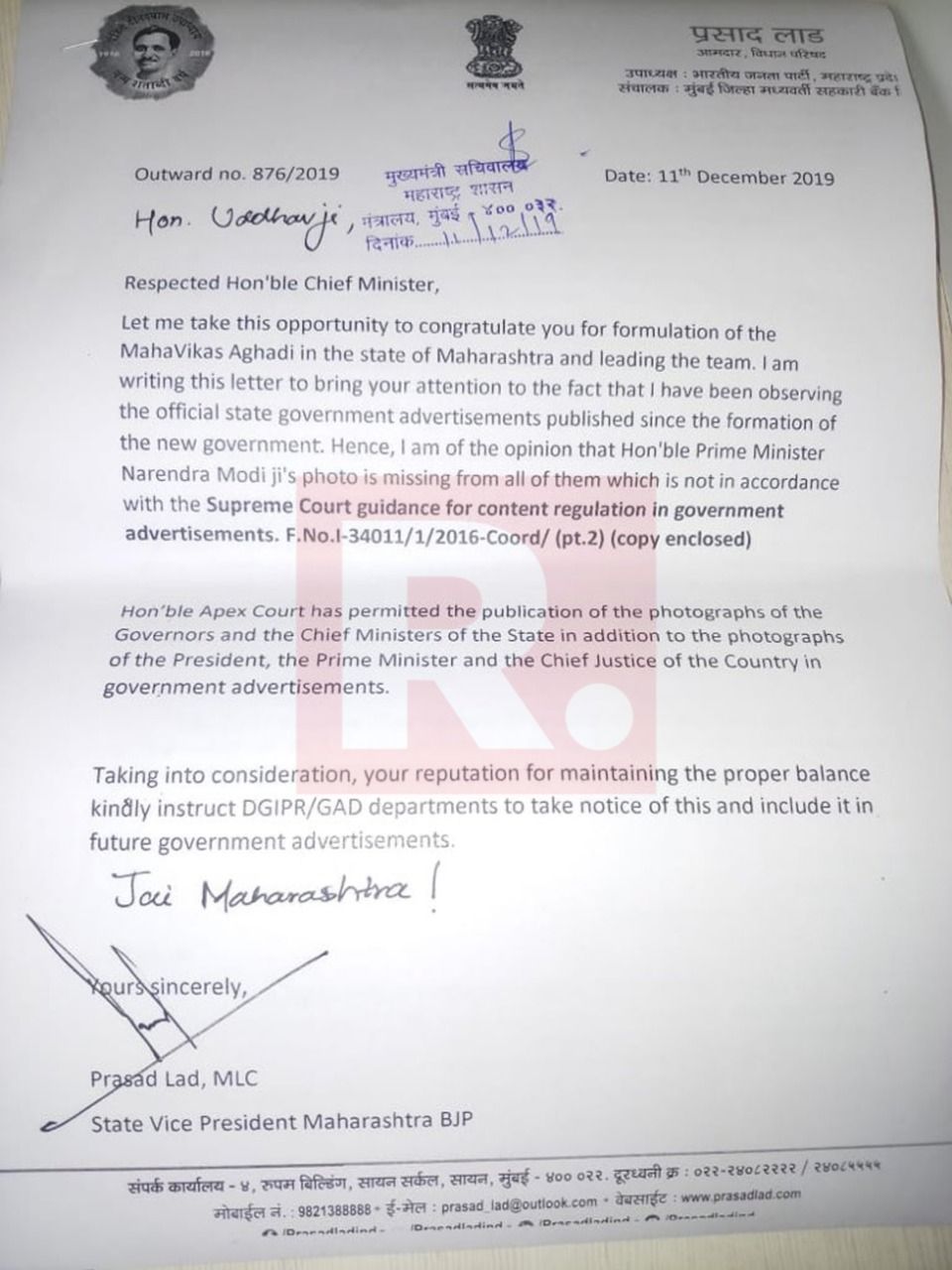 Background of the SC guidelines on government advertisements

Two petitioners Common Cause and Centre for Public Interest Litigation approached the SC to restrain the Centre as well as state governments from using public funds for government advertisements. Contending that these advertisements intended to project individual functionaries of the government or ruling party, the plea urged the SC to lay down appropriate guidelines for government advertisements. Thereafter, the apex court appointed a committee to go into the matter. It consisted of Professor NR Madhava Menon, former Director, National Judicial Academy, Bhopal, TK Viswanathan, former Secretary-General, Lok Sabha and Ranjit Kumar, senior advocate. After considering their report, the top court ruled on May 13, 2015, that only the photos of the PM, President and the Chief Justice of India could be published in government advertisements.

Apex Court allows photos of CM and Ministers to be published

After some states including Karnataka, West Bengal, and the Centre moved the SC for reconsidering its verdict, the SC ruled on these review petitions on March 18, 2016. Apart from the three topmost constitutional dignitaries mentioned in its earlier order, it extended the same concession to the Governors and CMs of all the states. Moreover, it directed that the photo of the PM and the CM could be replaced by a Minister if so desired by the government.

The March 18, 2016 order stated, “(i) The exception carved out in paragraph 23 of the aforesaid judgment dated 13th May, 2015 permitting the publication of the photographs of the President, Prime Minister and Chief Justice of the country subject to the said authorities themselves deciding the question, is now extended to the Governors and the Chief Ministers of the States.

(ii) In lieu of the photograph of the Prime Minister, the Photograph of the Departmental (Cabinet) Minister/Minister In-charge of the concerned Ministry may be published, if so desired.

Read: 'Like A Formality': Fadnavis Unimpressed By 7-day Winter Session For Maha Assembly