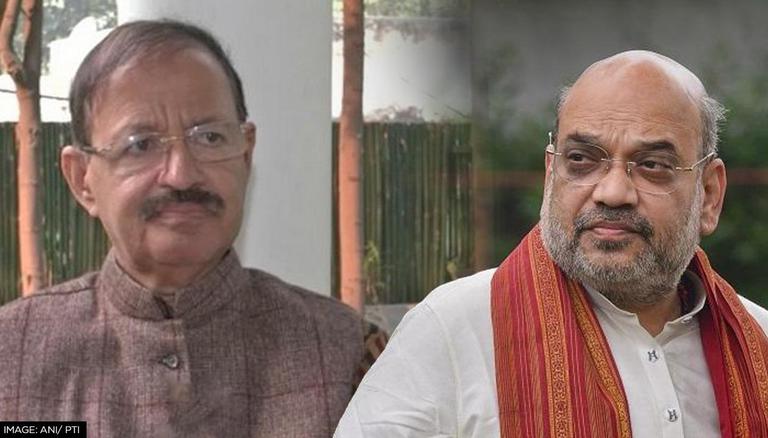 
Indian National Congress (INC) leader Rashid Alvi claimed on Saturday that the leaders of Bharatiya Janta Party (BJP) Jaswant Singh and Lal Krishna Advani had previously lauded Jinnah. Rashid Alvi made these remarks when Amit Shah during a public gathering before the Uttar Pradesh election declared that the former Chief Minister of UP and the president of the Samajwadi Party (SP) Akhilesh Yadav considers Jinnah as a great person.

The clashes initiated between the parties, when Union Minister Amit Shah claimed at the Azamgarh public gathering that the current government had brought in a positive aspect of 'JAM' in which J stands for Jan Dhan account, A for Aadhaar Card, M for mobile phones, while, the SP has stirred the state with some other JAM meaning where J stands for 'Jinnah, A for Azam Khan, and M for 'Mukhtar.'

While on the other hand, Congress leader Alvi said, "I never heard the Samajwadi Party leader making any such statement on Jinnah. Shah is manipulating things," ANI reported. He went on to say that the BJP leader Jaswant Singh has labeled Jinnah a secular leader in one of his books. While he claimed that Advani used to see the tomb of Jinnah.

Further, accusing the SP government, Amit Shah went on to say that they have opposed Uttar Pradesh's growth. “They only believe in dividing society with casteism, riots, appeasement politics, and vote bank politics. As polls approach, Akhilesh ji is seeing a great person in Jinnah. I want to ask the people of minority, Do you find a great person in Jinnah?” Citing Amit Shah, ANI reported.

In addition to that, during the Azamgarh rally, Amit Shah has even remarked on how Chief Minister Yogi Adityanath had decreased casteism, nepotism, and intolerance in the state, as well as how the rate of unemployment had dropped to 4.1%. Under CM Yogi's rule, Shah asserted, the state's 'Mafia-raj' has come to an end.

Meanwhile, on the 146th birth anniversary of Sardar Vallabhbhai Patel, when Samajwadi Party president Akhilesh Yadav was speaking to a crowd, he said that Sardar Patel, Mahatma Gandhi, Jawaharlal Nehru, as well as Muhammad Ali Jinnah had studied at the same institution and went on to become barristers and to fight for India's independence. It is worth mentioning that Uttar Pradesh will hold its assembly elections in early 2022.