BJP leader Gajendra Singh Shekhawat posted a video of Rahul Gandhi from 2018 on Koo when he was campaigning for elections and asked to fulfil old promises. 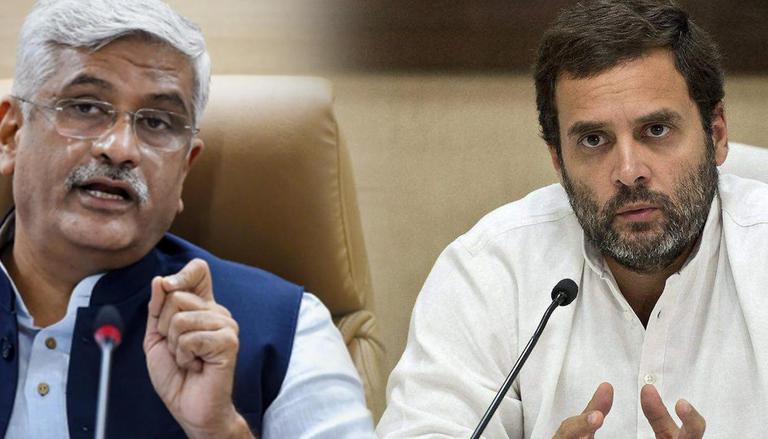 
Taking a fresh dig at Congress leader Rahul Gandhi ahead of the party's Jaipur rally, Bharatiya Janta Party (BJP) leader Gajendra Singh Shekhawat posted a video from 2018 where Gandhi promised to waive farmers' loans in 10 days. 'The farmers after counting days and months, have started counting years now,' wrote the Jal Shakti Union Minister. The video is from 2018 before the Rajasthan elections when Rahul Gandhi had said the state government will give an answer to Narendra Modi in 10 days.

"Ten days... you had counted to ten! Here the farmers are counting the years after counting to days and months. Three years passed. Today in Jaipur it will also tell that till when will the loan waiver of farmers be done? Congress has a "debt of loan waiver" Rahul ji, he will pay something!" wrote Shekhawat on Koo.

At that time, Rahul Gandhi had also said that he will only speak the truth and will not make any promise which cannot be fulfilled.

Rajasthan BJP leader Satish Poonia had also reacted to the news of Rahul Gandhi's schedule in Jaipur and asserted, "If Rahul Gandhi is coming, then fulfil the promise of complete loan waiver of 60 lakh farmers or at least not deprive the people of Rajasthan of entertainment today".

Congress interim President Sonia Gandhi along with leaders Rahul Gandhi and Priyanka Gandhi are scheduled to attend a national-level party rally in Jaipur against rising inflation on Sunday afternoon. Congress leaders from various parts of Rajasthan have already arrived in Jaipur to take part in the rally, which will be held at Vidhyadhar Nagar stadium. Taking it to Twitter, Chief Minister Ashok Gehlot congratulated 'all the people who came from all over the state to participate in this rally and from other states that they have reached to give a message to the central government.'

Further welcoming the three leaders, the Chief Minister asserted in Hindi, "Today is a historic day for Rajasthan when a national rally is being organized in Jaipur to protest against the rising inflation due to wrong policies of the central government, in which all the senior leaders of the party including the top Congress leadership are participating."