Recently while campaigning for the Uttar Pradesh polls, Akhilesh Yadav had claimed that Muhammad Ali Jinnah had fought for India's independence. 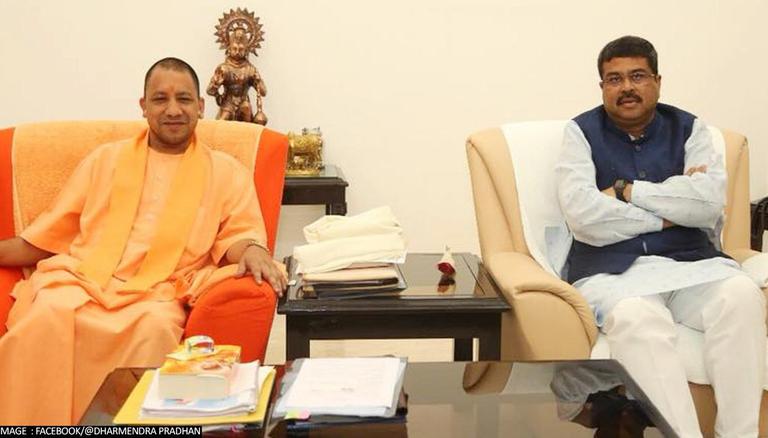 
Union Education Minister Dharmendra Pradhan on Friday launched a veiled attack at Samajwadi Party chief Akhilesh Yadav for playing the 'Jinnah card' ahead of Uttar Pradesh elections and said, those political parties who have no work are remembering Pakistan's founder while the Bharatiya Janata Party (BJP) is contesting the polls on issues of welfare of the poor and development of all sections of the society.

"Our objective is the welfare of the poor. There are people who do not have work, do not trust themselves and have not had a chance to govern, they remember Muhammad Ali Jinnah. But we will fight elections on the issues of welfare of poor, development of all and rule of law," said Pradhan while talking to media.

Recently while campaigning for the Uttar Pradesh Assembly polls, Akhilesh Yadav had claimed that Muhammad Ali Jinnah had fought for India's independence. The statement had drawn strong criticism from the ruling BJP.

'Poor people are with Modiji and Yogiji'

"People today want a rule of law in their state. A lot has been done, be it houses for the poor through PM Awaas Yojna, electricity in their households, tap water connections in their houses. During the COVID-19 pandemic, 80 per cent of the population was given free ration. In UP, oil, salt and pulses were also provided by ration. Poor people are with Modiji and Yogiji. We have a coalition of poor, backwards, consisting of all sections of society that is in favour of both the leaders at the Centre and the state," he said.

Dharmendra Pradhan is the election in charge in UP for the upcoming assembly polls, which are scheduled for next year.

The Uttar Pradesh polls are the most crucial among all the assembly elections scheduled to be held next year in five states. Earlier this month, PM Modi had visited Sultanpur where he inaugurated the Purvanchal Expressway. Later, he visited Mahoba and Jhansi for the event. The Prime Minister recently participated in the IG-DIG conference from across the country in Lucknow and also laid the foundation stone for Asia's largest Jewar Airport.

READ | Owaisi hits back at Yogi over 'bulldozer' warning: 'I am agent of only freedom fighters'