BJP Forms Management Team For Presidential Election; To Be Convened By Gajendra Shekhawat

Ahead of the upcoming Presidential Election on July 18, BJP on Friday has constituted a management committee which will be convened by Gajendra Singh Shekhawat 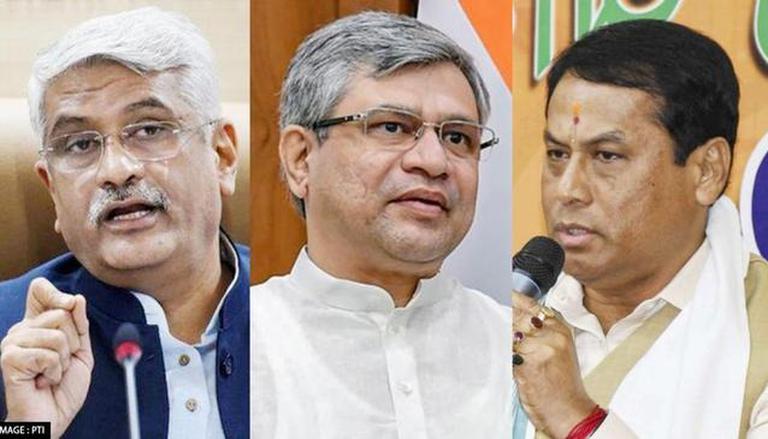 
Ahead of the upcoming Presidential Election on July 18, BJP on Friday constituted a 14-member management committee comprising top senior ministers. The committee will be convened by the Union Minister of Jal Shakti Gajendra Singh Shekhawat and BJP National General Secretary Vinod Tawde and CT Ravi will be the co-convener. 17 Opposition parties, on the call of Trinamool chief Mamata Banerjee, came under the same roof on June 15 in the national capital at the Constitution Club to discuss a probable candidate for the upcoming Presidential polls. After the meeting, the opposition announced in a press briefing that they will adopt a resolution to field a common candidate. They are looking for a candidate who can stop the BJP-led government at the Centre from doing any 'damage' to the social fabric of India and 'truly serve as the custodian' of the Indian Constitution. NCP supremo Sharad Pawar's name was unanimously suggested by the participants at the meeting. However, he declined the offer.

As the term of President Ram Nath Kovind is about to end on July 24, the Election Commission announced that the election for the top constitutional post will be held on July 18 and the counting will take place on July 21. The final date for filing the nominations will be on June 29 and the scrutiny of nominations will take place on June 30. A total of 4,809 electors comprising MPs and MLAs will vote to decide on the successor to incumbent President Ram Nath Kovind. BJP with its present strength in the Lok Sabha, Rajya Sabha and state assemblies is in a comfortable position to elect its candidate. The tenure of incumbent President Ramnath Kovind ends on July 24.