The Bharatiya Janta Party (BJP) has lashed out at the Congress government in Punjab over the issue of unemployed B.Ed teachers. 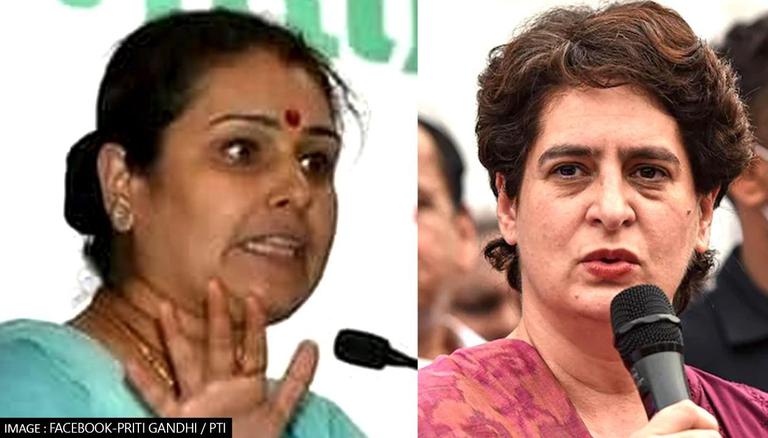 
The Bharatiya Janta Party (BJP) has lashed out at the Congress government in Punjab over the issue of unemployed B.Ed teachers. Taking to Twitter, BJP leader Priti Gandhi slammed Congress General Secretary Priyanka Gandhi for her recent "Ladki hoon, Lad Sakti hoon" remarks. Priti Gandhi avered that the slogan is only for the grand old party's campaign in Punjab. The BJP leader shared a video of Punjab Police manhandling unemployed B.Ed teachers.

See for yourself, in Congress ruled Punjab, how Police is manhandling unemployed BEd teachers for demanding to meet CM Charanjit Singh Channi in Sangrur. Pathetic!pic.twitter.com/xw5iVvkAEv

Earlier in November, Channi faced similar protests by a group of unemployed teachers ahead of his address at a public gathering in Barnala district. The protestors were similarly detained and they had raised slogans against the state's Congress government near the Dana Mandi venue, demanding jobs. PTI reported that policemen in civil dress stopped them by covering their mouths with their hands.

On the other hand, the grand old party which has been strongly pitching women empowerment as its poll promise in Uttar Pradesh launched its campaign song on Wednesday. It is based on the Hindu hymn - 'Mahishasurmardini stotra'. The 2-minute video shows women working fearlessly in all fields of life- Army, dance, music, engineering, law, medicine etc. Sharing glimpses of Priyanka Vadra's face-off with UP police while visiting Hathras gang-rape victim's kin, Congress declares 'I am not weak, I am Durga, I am strong, I am a girl, I can fight'. The 403-seat UP assembly where Yogi rules with an iron-clad majority of 314 seats, is up for battle in February 2022.