Protesting farmers in Rohtak of Haryana on Friday confined ex-Haryana minister Manish Grover and other BJP leaders inside a temple for hours. 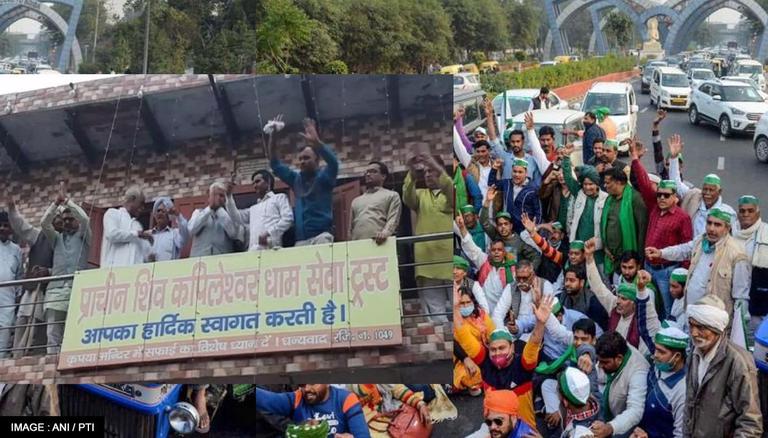 
Protesting farmers in Rohtak of Haryana on Friday confined ex-Haryana minister Manish Grover and other BJP leaders inside a temple for hours as they staged a protest outside. Grover, and other leaders had gone to watch Prime Minister Narendra Modi's programme in Kedarnath live at the Kiloi's Shiv Temple before they were allegedly held hostage by the protesting farmers before being let out hours later.

Farmers demonstrating against the Centre's three farm laws reached the spot and allegedly locked the leaders inside the temple after receiving information about their presence, said reports.

Akhil Bhartiya Kisan Sabha District President Preet Singh was quoted by ANI saying, "Samyukt Kisan Morcha has called for a boycott of BJP-JJP party leaders till these 3 farms laws are repealed and law is made on MSP."

He added, "In spite of knowing that they are socially boycotted in villages, these leaders came here without taking villagers' permission. We demand that they should apologise to villagers and should not do this again."

Another farmer leader Raju Makrauli said, "It was decided that until the three laws of agriculture are withdrawn, we will protest against the entry of BJP leaders. Despite this, they want to do their program by going to cowsheds and temples, but we will not allow this to happen."

Later in the evening, the farmers allowed the leaders to leave the temple premises only after the district administration and police officials pacified them.

At present, the talks between the Union government and the farmers' unions have come to a standstill. The divide between the two sides further exacerbated on January 26 after the farmers' tractor rally turned violent resulting in 510 Delhi police personnel getting injured, and extensive damage to public property. While the Supreme Court has stayed the implementation of the farm laws, a committee appointed by the apex court submitted its report pertaining to the legislation in a sealed cover on March 19. So far, six states- Punjab, Rajasthan, Chhattisgarh, Kerala, West Bengal and Delhi have passed a resolution in their respective assemblies demanding the withdrawal of the farm laws.