In an organizational reshuffle ahead of the upcoming polls, BJP dropped leaders such as Varun Gandhi and Maneka Gandhi from the party's National Executive. 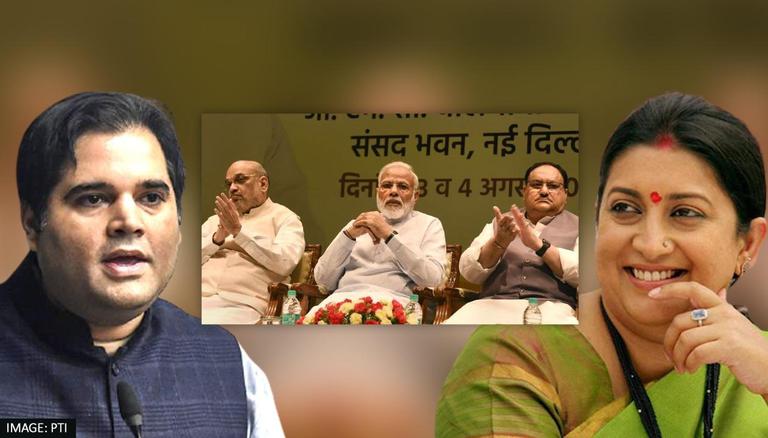 
In an organizational reshuffle ahead of the upcoming Assembly polls, BJP reconstituted the National Executive which has 80 members including PM Modi. A key deliberative body of the saffron party that meets to discuss important issues facing the government and shape the agenda, the National Executive has retained senior leaders such as LK Advani, Murli Manohar Joshi and Union Ministers Amit Shah, Rajnath Singh, Nitin Gadkari and Piyush Goyal. Moreover, it will have 50 special invitees and 179 permanent invitees.

Interestingly, Varun Gandhi, ex-Union Minister Maneka Gandhi and Rajya Sabha MP Subramanian Swamy have been left out of this body. While Maneka Gandhi has been virtually sidelined after being left out of the new NDA government in 2019, Swamy has been at loggerheads with the BJP government over a number of issues. The Pilibhit MP too sparked a buzz recently by openly condemning the murder of farmers in Lakhimpur and demanding justice. The special invitees include Union MoS Education Annapurna Devi, Union Minister VK Singh, 'Metro Man' E Sreedharan, MLA Ashish Shelar and actor Khushbu Sundar.

Here is the full list of National Executive members: