Shekhawat while interacting with media persons in Chandigarh mentioned the new party slogan as he discussed BJP's plan of action for the upcoming election. 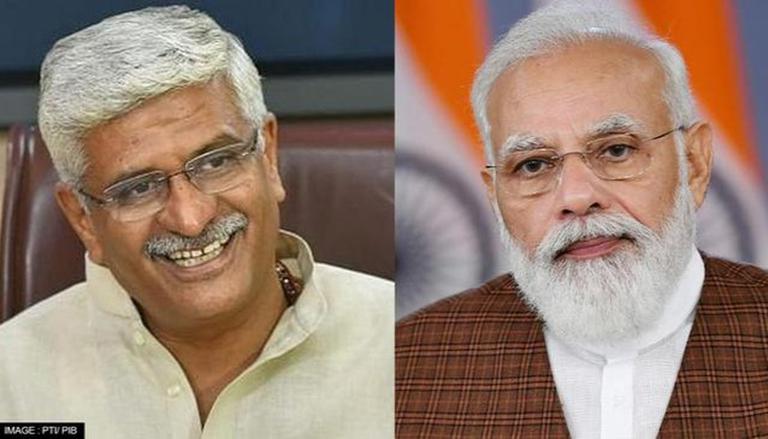 
Claiming its dominance in the state by fielding candidates on all 117 Assembly seats in the 2022 elections, and acknowledging every section of the society, the BJP in Punjab made public its poll slogan, "Nava Punjab, Bhajpa de naal" meaning a new Punjab with BJP.

Union Minister Gajendra Singh Shekhawat while interacting with media persons in Chandigarh mentioned the new party slogan as he discussed BJP's plan of action for the upcoming election, which the outfit will be fighting without its old ally Shiromani Akali Dal (SAD) this time.

Earlier in the day, the Union Jal Shakti Minister Shekhawat, who is also the party affairs in-charge in Punjab held a meeting with the party's district-level office-bearers. Also present in the meeting were Union Ministers Hardeep Puri and Meenakshi Lekhi, both co-in charge of the party affairs in the state.

Terming the Opposition parties Congress, SAD, and the Aam Aadmi Party (AAP) as "totally bereft of any vision to lead the state to prosperity," Shekhawat said, "Punjabis are dissatisfied with the miserable performance of these parties which will be routed at the hustings."

Emphasising the slew of initiatives taken by the PM Narendra Modi government at the Centre in the past seven years since its reign, the Union Minister said that the BJP ensured justice to the Sikhs against the injustice meted out to them in the 1984 riots, 35 years after the incident.

Shekhawat noted the establishment of AIIMS at Bathinda and Amritsar besides PGI's satellite Centre at Sangrur and Ferozpur.

"We deliver and not merely promise." the Union Minister asserted as he reiterated his party's resolution to contest all 117 Punjab assembly seats in 2022 by forming a coalition with the SAD which parted its ways with the NDA amid farmers' protest against the three farms laws passed by the Centre early this year.

"We will go to the people with an outlined agenda of bringing prosperity and opportunity for everyone and commit that the mafia raj will be wiped out in the state," he said.

Addressing the farmers' protest, Shekhawat said that the government has already held 11 rounds of talks with farmers' unions and took the extra step of stalling the law for 18 months.

Our doors are always open for talks: Shekhawat on farmers' issue

"Our initiative to address the issue can never be doubted. Our doors are always open for talks," he said.
Speaking on the issue of extension of BSF's jurisdiction in the state, Shekhawat said that national security can never be compromised.