The BJP strongly condemned the MVA government and Congress after the grave of the 1993 Mumbai blast convict Yakub Memon was beautified with LEDs and marbles. 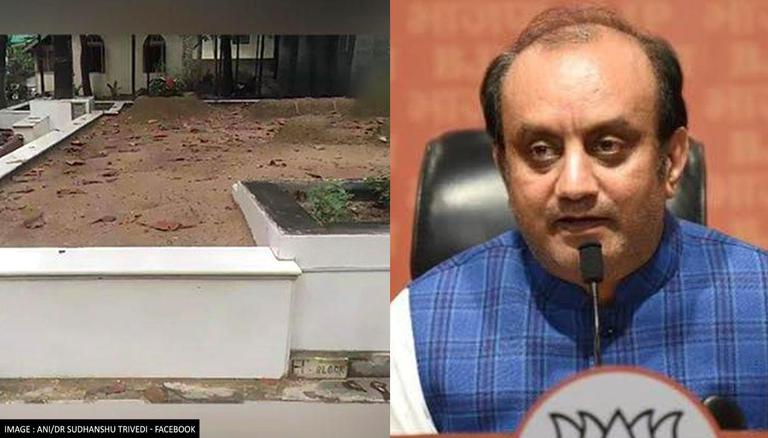 
After the beautification of the grave of the 1993 Mumbai serial blasts convict Yakub Memon came to light, BJP slammed the Tukde-Tukde gang backers and those who support Pakistan-based terrorists in India. The saffron party also hit out at those who continued to back terrorists like Yakub Memom and Hafiz Saeed, and label them as 'victims'.

Addressing a press briefing, National Spokesperson of Bharatiya Janata Party and Rajya Sabha MP Sudhanshu Trivedi said, "Although the Maharashtra government has given a clarification on the matter, however, I would still ask who said Yakub Memom's death was a judicial killing? Who said Afzal haalat ka maara tha (Afzal was the victim of the situation)? The statements were given by Congress leaders Mani Shankar Aiyar and Shashi Tharoor. For them, Osama was a ji and Hafiz was a sahab."

BJP leader and Maharashtra Cabinet Minister Sudhir Mungantiwar in conversation with Republic TV said that the matter is of serious concern and the state government has ordered to form an inquiry committee to investigate the issue. He further informed that he will also meet Maharashtra Deputy Chief Minister Devendra Fadnavis regarding the incident.

Speaking to Republic TV, Mungantiwar said, "We will find out who is encouraging such anti-national sentiments in the country. Yakub Memom was a terrorist. We have set up an inquiry committee to find out the details."

Responding to NC president Farooq Abdullah's brother Mustafa Kamal's statement that Memon gave up his life for a 'cause' and is a martyr, the Maharashtra minister said, "These are those people who work on the thoughts of these terrorists. They believe Yakub Memon to be their 'hero' and statements like this reveal their thinking and who they support."

BJP spokesperson RP Singh also strongly condemned the act and said, "This was all happening under the regime of the so-called Hindutava leader Uddhav Thackeray. However, he was under pressure of the Congress government. The party has Kanhaiya Kumar as its member who said "Bharat tere tukde honge. Afzal hum sharminda hai tere kaatil zinda hai (India will be in pieces. Afzal, we are ashamed, your killers are alive.)".

He also stated that the Maharashtra government should also take action against the trust of Bada Kabarastan in the Marine Lines area of south Mumbai.

Recently a shocking incident came to light in which LED lights and marble tiles were seen installed on the 1993 Mumbai blast convict Yakub Memon's grave in Bada Kabarastan in the Marine Lines area of south Mumbai. Pictures from the cemetery show LED lights focusing on Memon's grave, which has been beautified with a white marble boundary.

Yakub Memon was convicted in the 1993 Mumbai bombings over his financial involvement. His brother Tiger Memon is one of the prime suspects in the bombings. After all his appeals and petition for clemency were rejected, Yakub was hanged at Nagpur central jail on July 30, 2015. In the 1993 Mumbai bombings, 257 people were liked and 1,400 others were injured.

READ | Yakub Memon's kin requested in 2019 the beautification of his grave, it was delivered?
First Published: 8th September, 2022 18:36 IST
SUBSCRIBE TO US