In a big claim, BJP MLA Ram Kadam contended that only the workers of NCP and Congress would fill up Shivaji Park where Shiv Sena's Dussehra rally will be held. 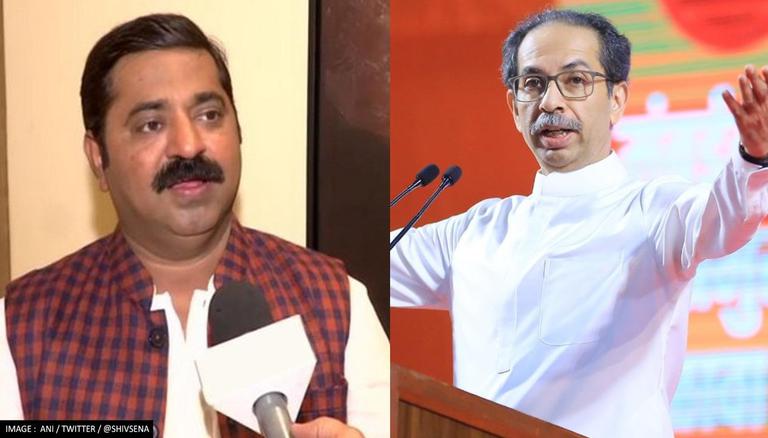 
In a big claim, BJP MLA Ram Kadam contended that only the workers of NCP and Congress would fill up Shivaji Park where Shiv Sena's Dussehra rally will be held. Earlier, Maharashtra CM Eknath Shinde decided not to challenge the Bombay High Court's order allowing Uddhav Thackeray to hold the aforesaid rally at Shivaji Park in Mumbai on October 5. Taking to Twitter on Tuesday, Kadam indicated that Thackeray was failing to garner the support of the Shiv Sena cadres for the gathering. Interestingly, Shinde will also address a public meeting in Mumbai on the same day.

Taking a veiled swipe at former Maharashtra CM Uddhav Thackeray, BJP's Ram Kadam quipped, "Late night news. Shivaji Park will be filled by Congress and NCP. Will they tell the truth to (people of) Maharashtra?"

A day earlier, Shiv Sena released a teaser of the Dussehra rally with Uddhav Thackeray saying, "Chhatrapati (Shivaji Maharaj) taught us that first, don't backstab anyone...What is there in my hands today? I don't have any authority. But I have a strength which I have got because of your blessings. I am fighting based on this strength. This is the same Shiv Sena. Everyone is gang up and come after Shiv Sena. Finish this Thackeray family. There is Hinduhridaysamrat Balasaheb Thackeray in everyone's heart."

The Dussehra rally at Shivaji Park is a major event in the annual calendar of Shiv Sena where the party leader lays bare his thoughts on key political developments in the presence of the cadre. While both Sena factions had applied for permission to stage this event at Shivaji Park, they also zeroed in on the Bandra Kurla Complex ground as a backup option. While the Shinde camp secured the nod to hold the rally at the BKC ground, the Brihanmumbai Municipal Corporation refused permission to both sides as far as the application for Shivaji Park is concerned.

In its order dated September 23, a division bench of the HC comprising Justices RD Dhanuka and Kamal Khata set aside the BMC's decision. While permitting the Uddhav Thackeray faction to use Shivaji Park for the Dussehra event on October 5, the court directed it to maintain law and order. Moreover, it asked the local police station to depute a sufficient number of cops at the site and video record the proceedings. The faceoff over the Dussehra rally assumes significance in the run-up to the BMC polls where both Shiv Sena factions are seeking to prove their strength.