RJD leader Tej Pratap Yadav has launched a new student organisation 'Chhatra Janshakti Parishad', even as the RJD has its own student wing called Chhatra RJD. 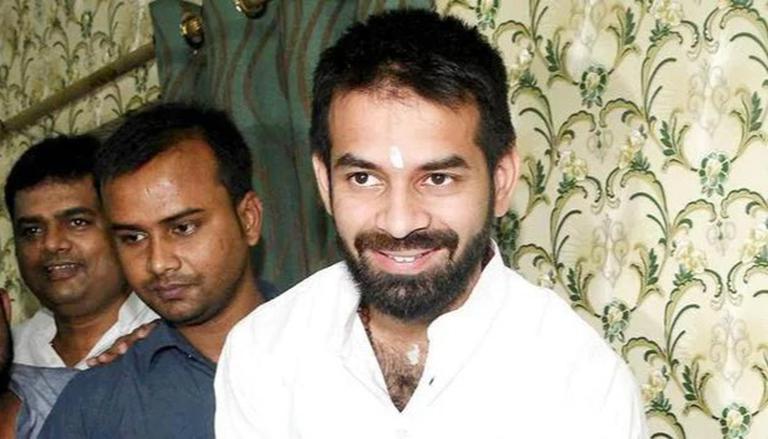 BJP spokesperson Nikhil Anand said to PTI, "Tej Pratap Yadav is fighting for his survival and we sympathize with him. His father has treated the party as a personal fiefdom and failed to do justice to his own son."

Nikhil Anand also added that "it is ironic, and a poor reflection on the RJD that Tej Pratap Yadav, who never cared to educate himself, shall be floating a students' body. No wonder the party has lost the trust of the people."

Sidelined in the RJD and shadowed by his younger son Tejashwi Yadav, Tej Pratap Yadav has launched a new student organisation but steering clear of any internal conflict. He claimed that his organisation is not meant to pose any challenge to the Chhatra RJD but work towards "mobilizing youth at the village level." Tej Pratap Yadav made the announcement, claiming that he had "the blessings of Lalu Prasad."

RJD rank and file have been said to be amused with this development. According to PTI, some of the RJD cadre and leaders on the conditions of anonymity highlighted that the impulsive leader Tej Pratap had reacted similarly during the 2019 Lok Sabha polls and floated "Lalu Rabri Morcha" when his cronies were denied tickets.

There seems to be an internal feud brewing up between Tej Pratap Yadav and top RJD leadership, as he had to lose the tug of war with state RJD chief Jagadanand Singh. Jagadanand is known to be close to younger and more prominent Tejashwi Yadav. Reportedly, Tej Pratap Yadav was not happy with the sacking of Akash Yadav as the state president of Chhatra RJD who is said to be close to him.

Although there is no official explanation of why Akash Yadav was removed, it is widely believed that Akash Yadav was blamed for the party's posters in which Tejashwi Yadav's (more prominent among the two siblings) photos were missing. After his ouster, Akash Yadav has joined the Lok Janshakti Party.