On Wednesday, MoS MEA and BJP leader V Muraleedharan lashed out at ex-Congress president Rahul Gandhi over his party's refusal to take on the Kerala government. 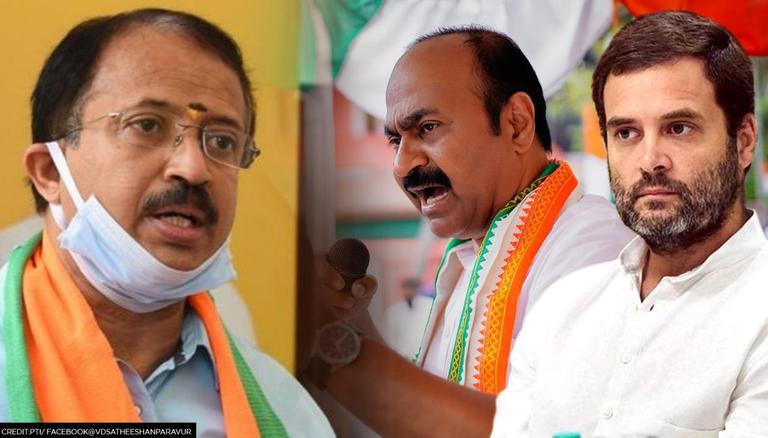 
On Wednesday, MoS MEA and BJP leader V Muraleedharan lashed out at ex-Congress president Rahul Gandhi over his party's refusal to criticise the Kerala government. As the principal opposition alliance in Kerala, the Congress-led UDF recently appointed VD Satheesan as the new Leader of Opposition in the state Assembly. Taking umbrage at Satheesan for extending unconditional support to the Pinarayi Vijayan-led government in its fight against COVID-19, Muraleedharan questioned the Wayanad MP on whether Congress' criticism was reserved only for BJP and Prime Minister Narendra Modi.

"Medical College of Trivandrum's teachers said that the other day, there were 70 deaths in one day in a medical college and only 14 were reported. Opposition in Kerala isn't taking it up, LoP isn't vocal on it. Rahul Gandhi silent on it. Congress should end this hypocrisy," the BJP Rajya Sabha MP added.

Rahul Gandhi has been attacking PM & GOI. On other hand, his hand-picked Kerala LoP says that in pandemic, oppn should give unconditional support to govt. He doesn't want to criticise state govt. I want to ask Rahul Gandhi, is criticism only for Modi?: Union Min V Muraleedharan pic.twitter.com/nxlk5AwlLD

The polling for the 2021 state Assembly polls was held on April 6 with an impressive voter turnout of 74.06 per cent. After a hard-fought election campaign, LDF created history by becoming the first incumbent government in Kerala in nearly four decades to get re-elected. The tally of UDF, buoyed by its performance in the 2019 Lok Sabha polls where it won 19 out of 20 seats in the state, was reduced to 41 seats. In contrast, LDF bagged 99 out of 140 seats, 8 more than the 2016 election. UDF's vote share of 39.47% could not pose a challenge to the ruling alliance which garnered a vote share of 45.43%.

Widely credited for her handling of the COVID-19 crisis, Kerala Health Minister KK Shailaja secured the highest margin of victory in the Assembly polls by winning Mattannur with a margin of 60,963 votes. All Ministers who were given tickets barring J Mercykutty Amma won their respective seats. In a shocking reversal for BJP, it not only won fewer votes as compared to 2016 but also failed to retain its lone seat- Nemom. While Kerala BJP president K Surendran lost from both Konni and Manjeshwar, 'Metroman' E Sreedharan could not secure a victory in the Palakkad seat.