BJP Leader Lanka Dinakar alleged CM Reddy of being partial as after coming to power he had sidelined development projects for Amaravati, Prakasam, & other parts 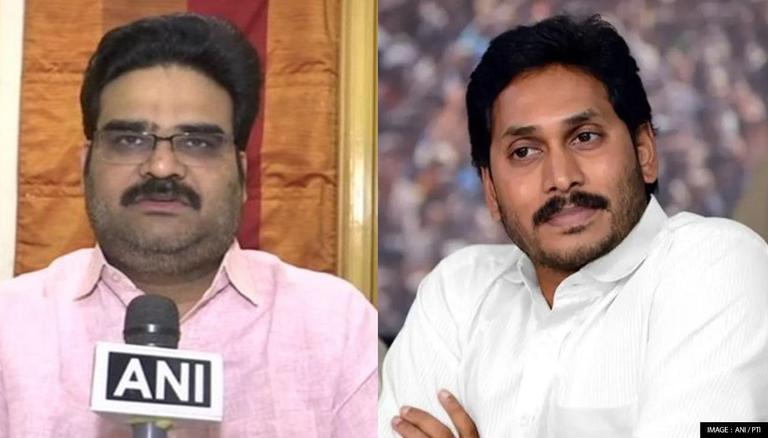 
BJP leader Lanka Dinakar on Sunday stated that Chief Minister YS Jagan Mohan Reddy's plan to make Kadapa the biggest urban development authority was an "illusion" and the project was "not-operative." The Kadapa Urban Development Body is spread across 12,780 sq km. Dinakar further alleged that the Chief Minister is trying to spread unrest among people of different regions through this project, and is a mere distraction from the government's failure in recent floods in the Kadapa district.

"His vision is an illusion. He tried to show on paper the master plan for the urban development authority in Kadapa, which is much bigger than Mumbai, Hyderabad, Kolkata, Chennai, and Bangalore. But, infrastructure facilities, sources of funds, and revenue generation through such sources are important in making such a master plan. But without providing such inputs, he declared it as a huge development authority. We consider it as practically non-operative. He had become a helicopter CM during the floods. He did not even provide proper assistance on the ground," Dinakar told ANI.

The BJP leader questioned CM Reddy when the state is under massive debt how such a massive project will be funded. He alleged CM Reddy of being partial as after coming to power he had completely sidelined development projects for Amaravati, Prakasam, and other parts of the state.

"The CM should have paid the same attention to the capital of the state Amaravati as it was agreed upon by all parties, including Jagan himself. But on coming to power, he scrapped the Amravati project. As a democratically elected CM, he should not be showing such partiality. Also, he failed to develop the Prakasam district. There were many centre-approved projects in Kanigiri. There is a lot of lands available for the Donakonda Industrial Corridor as well. But Jagan's government has done nothing. There is a lack of commitment and planning. They should first complete the Amaravati project as per the CRDA agreement with farmers and then proceed to develop all other areas," he told ANI.

Dinakar also slammed the state government for its decision to allocate Members of Parliament Local Area Development Scheme (MPLAD) funds for the development of churches in the state. Rs 92 lakh was released for the construction of churches in Tadikonda and Amravati. Terming it objectionable, he stated that public money in the state is being used to construct churches. It is purely religious appeasement and the government has given more impetus to religious conversions in the state, he added.