BJP To Micromanage Preparations For UP Polls, Will Ally With Nishad Party, Apna Dal

BJP will micromanage its preparations for the UP polls under the charge of Dharmendra Pradhan. The party announced its alliance with the Nishad Party, Apna Dal 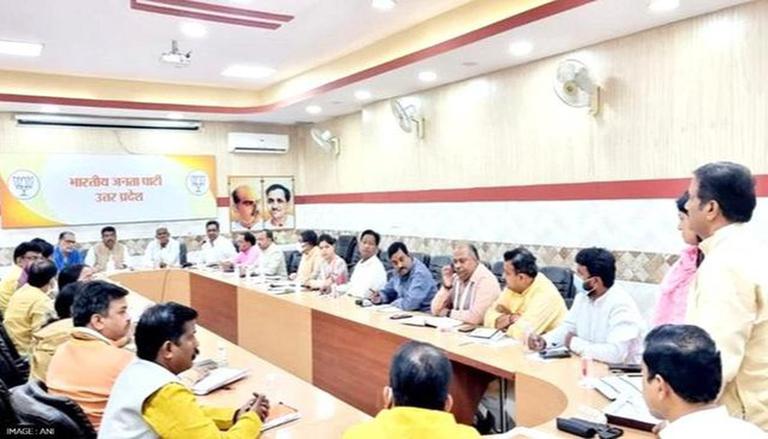 
The Bharatiya Janata Party (BJP) has begun preparations for the Uttar Pradesh Assembly elections, scheduled to take place early next year. Micro-management of booths is an essential part of the party's poll preparations. BJP's election campaign in charge for Uttar Pradesh, Union Dharmendra Pradhan, met with the state's top leadership and his co-in-charges for the first time on Friday.

Pradhan delegated the tasks and instructed them to create a database that would link each village and booth. State and district in-charges have recently been appointed by the BJP. According to reports, it was determined at the meeting that all district in-charges would take stock of their areas and report to Dharmendra Pradhan in order for him to get a better understanding of the party's position in each district.

BJP plans to micromanage preparations for UP polls

The BJP will, under the guidance of UP Chief Minister Yogi Adityanath, PM Narendra Modi, and Union Minister and BJP's election in-charge in the state, Dharmendra Pradhan, contest the 2022 UP Assembly elections in an alliance with the Nishad Party and Apna Dal.

Addressing the media in Lucknow on Friday, Uttar Pradesh BJP chief Swatantra Dev Singh said, "BJP will contest the 2022 Assembly polls in alliance with Nishad Party under the leadership of CM Yogi Adityanath and PM Narendra Modi". He added, "Apna Dal will also be part of BJP-led alliance for the 2022 Assembly elections in Uttar Pradesh." Singh promised to double the income of farmers in the state and said that the government will purchase the agricultural products at Minimum Support Price (MSP) or spend Rs 1 lakh crore on farm-marketing infrastructure.

Nishad Party President Sanjay Nishad had earlier, while arriving at the BJP office in Lucknow, held his ground and said, "Won't merge; Nishad party will contest elections separately on its own party symbol," adding, "Our demands will be discussed in today's meeting (with BJP leaders). Nishad Party will field its own candidates in the upcoming Assembly elections."

However, after meeting Pradhan in a VVIP guest house in Lucknow, Uttar Pradesh's capital, Sanjay Nishad was seen beside Pradha at a press conference where the BJP confirmed its alliance with the Nishad Party.

Meanwhile, Congress plans to reveal the first list of its candidates for the UP Assembly elections during the Navratras, which will begin in the second week of October. The Uttar Pradesh Congress has scrutinised the potential candidates for 150 Assembly seats, according to top party sources. Control rooms for the poll strategy and operations have already been set up on 78 Assembly segments out of the 150 seats.

Assembly elections in Uttar Pradesh are set to take place early next year. The BJP gained 312 Assembly seats in the 2017 Assembly elections, a landslide victory. In the elections for the 403-member Assembly, the party received 39.67% of the vote. The Samajwadi Party (SP) won 47 seats, the BSP 19 seats, and the Congress only seven seats.