Union Minister Kaushal Kishore said that BJP would want JD(U) under the Chief Ministership of Nitish Kumar to continue to work in the state. 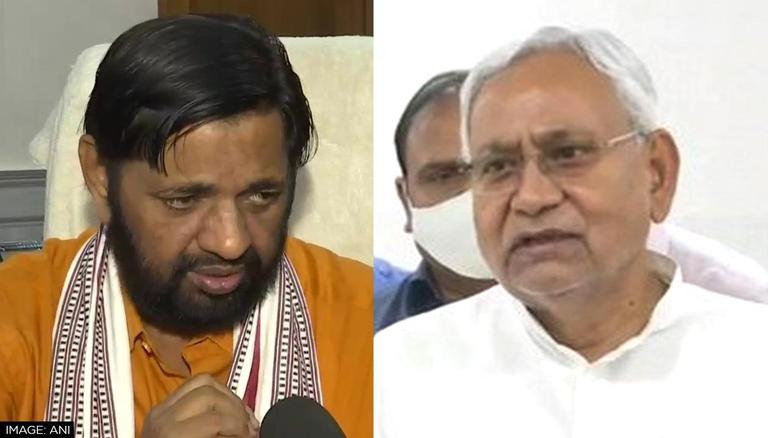 
With Nitish Kumar led-JD(U) parting its ways from the National Democratic Alliance (NDA) in Bihar, Union Minister for Housing and Urban Affairs of India Kaushal Kishore said that the Bharatiya Janata Party (BJP) never initiated anything that may stir up a controversy or create a situation of uncertainty with JD(U). He further added that the BJP and other parties of NDA would want the Government of JD(U) to continue in the state under the Chief Ministership of Nitish Kumar.

"BJP would want that the Government of JD(U) under the Chief Ministership of Nitish Kumar to continue to work strongly in the state. This is in the interest of Bihar as well as the nation," the Union Minister was quoted as saying by news agency ANI.

Kishore further added, "Don't want to make a comment on the political situation of Bihar but BJP never initiated anything that may stir up a controversy or create a situation of uncertainty between the two parties. JD(U) will make a decision but BJP definitely wants Nitish Kumar to continue as CM."

Amid the speculations of a rift between BJP and JD(U), Bihar Chief Minister Nitish Kumar on Tuesday officially parted ways with the BJP-led National Democratic Alliance in Bihar. According to Republic's sources, the decision was taken in the MP-MLA meeting at the CM's residence in Patna earlier in the day.

Meanwhile, all MLAs and MPs of the party have extended their support to Nitish Kumar's decision and said that they are with him. They said, "We will always support him, whatever he may decide."

In the Mahagathbandhan meeting held on Tuesday, the RJD MLAs, MLCs and Rajya Sabha MPs have authorised party leader Tejashwi Yadav to take a decision. Meanwhile, ANI reported that the Congress and the Left party MLAs are supporting Tejashwi Yadav in his bid to form the government in the state by forming an alliance with JD(U). The news agency also reported that although Lalu Prasad Yadav is closely watching every update, everything is being done by Tejashwi Yadav. Notably, the Mahagathbandhan has already extended its support to the Nitish Kumar-led JD(U) government.

According to the sources, Nitish Kumar is set to resign as Bihar chief Minister but will not sack the BJP minister. The JDU chief will meet the Bihar governor at 4 PM today to tender his resignation.