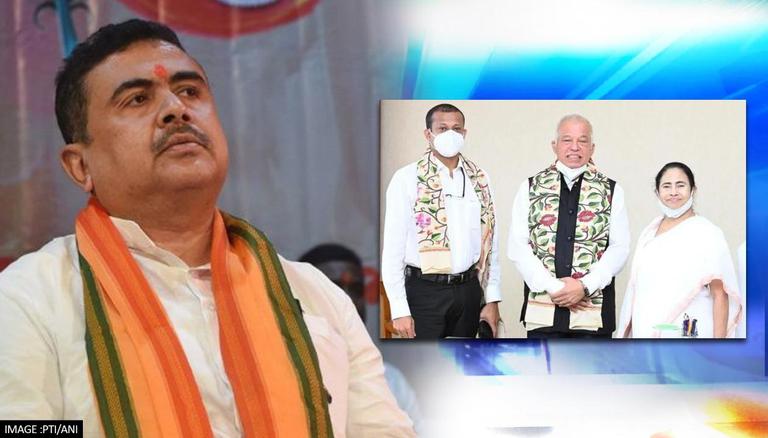 Further attacking the TMC, Suvendu Adhikari also remarked TMC leader Sushmita Devi's nomination to the Rajya Sabha. The Nandigram MLA also questioned why Bengal should pay if these leaders will not get voted on a TMC ticket from Assam and Goa. Adhikari's reaction comes after the TMC announced that its national vice president Luizinho Faleiro will contest the Rajya Sabha election.

"Banglar Meye" is squandering the Rajya Sabha seats from WB on "Bahiragotos". After @SushmitaDevAITC now its @luizinhofaleiro.
Shouldn't Bengalis react to this deprivation?
Why should Bengal pay if these people have no chance of getting elected on TMC tickets in Assam & Goa?

In a surprising move ahead of the highly anticipated Goa Assembly elections, the Trinamool Congress has nominated  its national vice president Luizinho Faleiro for the Rajya Sabha elections. Faleiro is a former Congress leader who served as Chief Minister of Goa for two terms. In addition, he has also represented the Navelim constituency seven times. His nomination to Rajya Sabha bypolls comes ahead of the crucial polls in the state wherein the TMC has eyed a debut. However, Faleiro's nomination to Rajya Sabha also means that he will neither contest in the upcoming Assembly election nor will be the TMC's Chief Ministerial candidate.

A look at the current political scenario in poll-bound Goa

In the 2017 Assembly elections in Goa, Congress won the highest 17 seats in the 40-member House restricting the BJP to 13. However, surprising the Congress, the saffron party allied with regional parties and formed government under the leadership of senior leader Manohar Parrikar. The Aam Aadmi Party (AAP) has already thrown its hat in the ring ahead of the polls, with the party's national convener and Delhi Chief Minister Arvind Kejriwal announcing free power up to 300 units per month and 80% jobs for locals if his party is voted to power during his recent visit to Panaji. Additionally, Mamata Banerjee's TMC is also eyeing the Goa polls and recently inducted former Goa Chief Minister and ex-Congress leader Luizinho Faleiro in the party.