The Bombay High Court on Friday dismissed the pleas to allow the temporary release of Nawab Malik & Anil Deshmukh to vote in the Legislative Council polls. 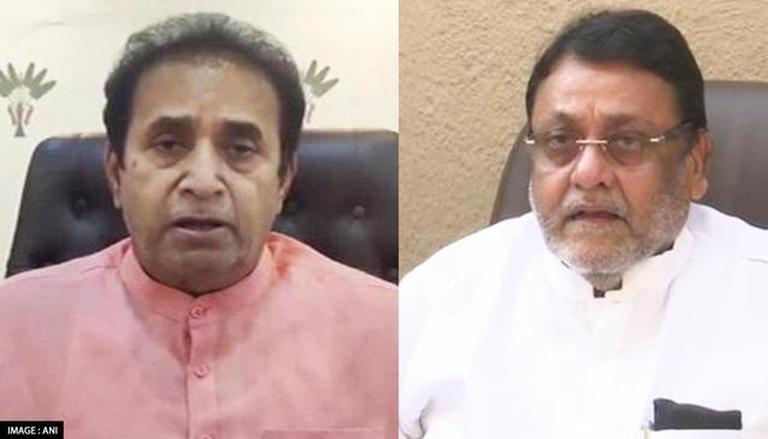 
The Bombay High Court on Friday dismissed the pleas to allow the temporary release of Maharashtra Minister Nawab Malik and former state Home Minister Anil Deshmukh to vote in the upcoming Maharashtra Legislative Council elections, scheduled to be held on June 20.

The NCP ministers are in judicial custody in separate money laundering cases currently being probed by the Enforcement Directorate. Deshmukh was arrested on November 1 last year in connection with extortion and money laundering allegations levelled against him by the former Mumbai Police Commissioner Param Bir Singh. The ED had arrested Nawab Malik on February 23 over a property deal allegedly linked to the aides of gangster Dawood Ibrahim.

Justice NJ Jamadar in his order observed that under section 62(5) of the Representation of Peoples Act, not only a convict but also an undertrial would be barred from voting.

Eleven candidates are contesting for 10 seats in the Legislative Council. The BJP has fielded five candidates — Pravin Darekar, Shrikant Bharatiya, Ram Shinde, Uma Khapre and Prasad Lad — and has backed former minister and ally Sadabhau Khot as an Independent candidate.

The MVA alliance partners have fielded two candidates each — Sachin Ahir and Aamsha Padvi from Sena, Eknath Khadse and Ramraje Naik Nimbalkar from the NCP, and Bhai (Ashok) Jagtap and Chandrakant Handore from Congress.

As is evident, BJP has put up five candidates, whereas it has numbers to elect only four candidates. So the Maha Vikas Aghadi alliance and its allies like the Independents have been approached to get BJP's fifth candidate elected. BJP would need 22 votes from outside the party for its fifth candidate.

NCP and Shiv Sena have the numbers to get each of their two candidates elected. However, Congress would need 10 votes of its allies and Independents to elect one of its MLC candidates.