Calling KCR's statement 'politically motivated', Bommai advised him to focus on the development of his newly-form state rather than eyeing Karnatka's territory. 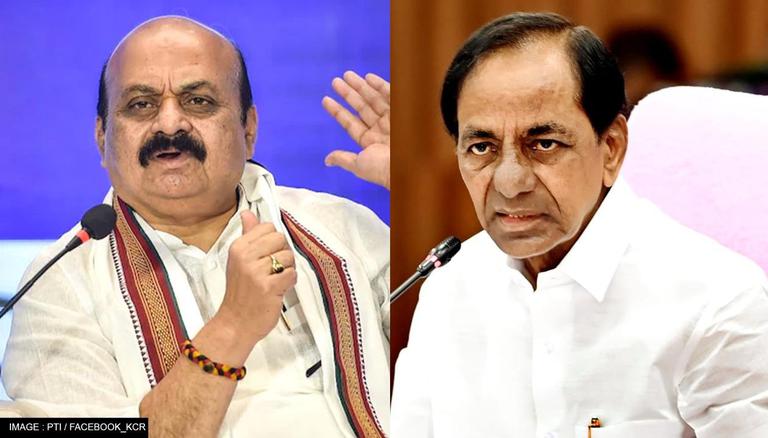 This came after Telangana Chief Minister KCR made a remark during a party event where he claimed that the people of Raichur in neighbouring Karnataka are impressed by Telangana's development and are demanding the district's merger with the TRS party-ruled state.

"It is ridiculous. There has been good development in Raichur. The thermal plant, airport, and other developments are underway. I have allotted large sums of money to Kalyana Karnataka Region Development Board (KKRDB) and there are more funds on the way. His statement is politically motivated. He has made this statement in order to divert attention from the ongoing issues in Telangana," said CM Bommai.

He further added, "KCR rose to power protesting that Telangana is backward, it is still so. Let KCR focus on improving things there. We are committed to all-round development of Raichur and there is no question of ceding even an inch of land to another State for any reason."

Demands for Raichur's merger into Telangana

Incidentally, this is not the first time that people from neighbouring states have demanded the inclusion of the areas where they reside in into Telangana. In October 2021, BJP MLA Shivaraj Patil demanded that Raichur should be merged into the neighbouring state. Reportedly, he lamented that the state government was not addressing the issues of farmers in Raichur despite repeated pleas, unlike the other areas of north Karnataka.

On September 17, 2019, leaders from Nalgaon, Bhokar, Degloor, Kinwat and Hathgaon met KCR seeking a merger of their areas in Telangana. They cried foul over the fact that the Maharashtra government had not implemented a farmers' investment support scheme like Rythu Bandhu which has been successfully implemented in Telangana.

A statement from the Telangana CM's office read, “The leaders from Nanded further clarified that under the then Nizam rule they were very much part of the Hyderabad State. Since they have a long and historic relationship with people in Telangana for ages, their demand for merger with the Telangana State is rational."

On May 23, 2018, 40 villages in the Dharmabad tehsil of Maharashtra's Nanded district expressed their desire to become a part of Telangana. Claiming that they have been deprived of basic amenities such as water for the last 7 decades, they submitted a proposal of their demand to TRS MLA Bajireddy Govardhan.