Lok Sabha MP Manish Tewari on Thursday, said that the Congress High Command must take action on certain members who were pursuing their own agenda on Twitter. 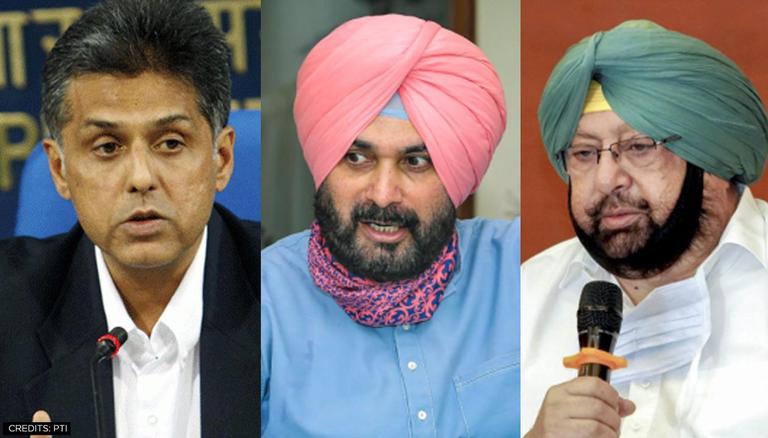 
Wading into the Congress tussle in Punjab, Lok Sabha MP Manish Tewari on Thursday, said that the Congress High Command must take action on certain members who were pursuing their own agenda on Twitter. Taking a dig at rebel MLA Navjot Sidhu, Tewari said that Congress was united and will contest polls unitedly in Punjab. Tewari, one of the G-23 signatories, is allegedly Capt Amarinder Singh's top choice for Punjab Congress chief.

Tewari: 'Some people are running their own agenda'

"Congress is united and strong. It will contest polls strongly. But if someone has an agenda & wants to run it through Twitter or another medium then I think Congress High Command should take it seriously," said Tewari.

#WATCH | Congress leader Manish Tewari speaks on Punjab political situation. He says "...Congress is united & will contest polls strongly. But if someone has an agenda & wants to run it through Twitter or another medium then I think Congress High Command should take it seriously" pic.twitter.com/vQfaXx3mrl

On Tuesday, Chief Minister Amarinder Singh met party chief Sonia Gandhi in Delhi to discuss the ongoing tussle between him and Sidhu. The Amritsar East MLA has taken to Twitter to advise the CM to cut down on power costs, tweeting several radical suggestions. Due to his continuous tirade, the Punjab CM has now been hauled in front of the High Command.

Sources report that Capt Amarinder Singh has suggested a 'Hindu face' for the post of Punjab Pradesh Congress Committee (PPCC) chief, to replace Sunil Jakhar. The CM reportedly told Sonia Gandhi that a Hindu face as Congress president could balance the vote bank for upcoming elections. However, the Punjab CM has refused to accommodate Sidhu as state party chief and has offered to induct him in the cabinet if needed. Punjab goes to the polls in February 2022.

After a tumultuous spat with CM Captain Amarinder Singh during the Lok Sabha elections, Sidhu had sent his resignation on June 10 to the former Congress president Rahul Gandhi and tweeted about the same a month later. On June 6, Sidhu was demoted to which the cricketer-turned-politician responded by tendering his resignation as Punjab minister, but remained with the Congress. Sidhu has been at loggerheads with the Punjab Chief Minister after he denied Sidhu's wife Navjot Kaur Sidhu a ticket for the Lok Sabha elections.

He and his wife have publically attacked the Punjab CM repeatedly during the election campaign. He later patched up with CM Amarinder Singh over an informal lunch, but it seems to have gone awry as Sidhu began to attack the CM again after the Punjab & Haryana HC quashed the SIT probe into the 2015 firing cases on April 9. He has targeted the CM for not acting against key Shiromani Akali Dal leaders in the same case.