Punjab CM Mann said he had an elaborate dialogue with the Home Minister on the issue of the state of security in Punjab and other contemporary topics. 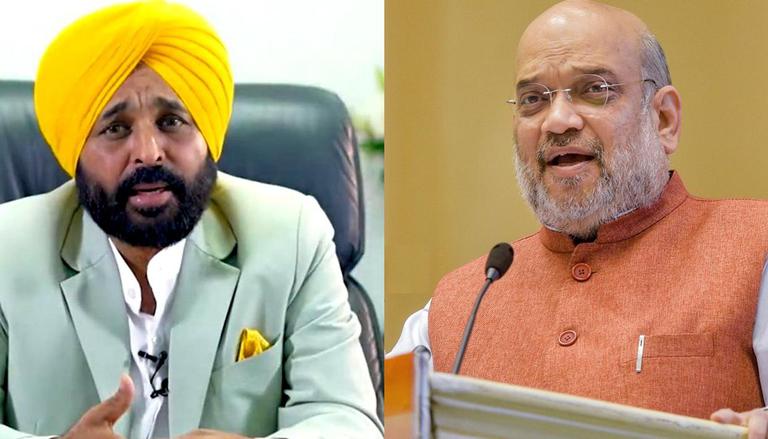 
Punjab Chief Minister Bhagwant Mann after meeting Union Home Minister Amit Shah said the latter assured him that 10 companies of paramilitary forces and drone jammer tech will be provided to Punjab. After his first meeting with the Home Minister since taking oath as Punjab Chief Minister, Mann said he had an elaborate dialogue with Shah on the issue of the state of security in Punjab in addition to other contemporary issues like the Bhakra Beas Management Board (BBMB) appointment, Basmati procurement, etc.

On maintaining the law and order in the state, Mann and Shah agreed on working jointly and above party lines. CM Mann said, "I had an elaborate dialogue with Home Minister Amit Shah on the security situation in the state. In light of the recent incidents of clashes in Patiala and Karnal, arrests have been made. We agreed to work together above party and politics on the issue of national security."

Mann also made certain demands before the Home Minister, to which Shah assured support. "We had demanded an anti-drone technology for Punjab given the increasing usage of drones by adversaries to infiltrate drugs, weapons etc into Punjab. The Home Minister replied he will consider providing Punjab with a jammer technology for drones, which freezes drone assets from flying. Home Minister Shah has assured sending 10 companies of paramilitary forces by the evening of May 20. This will be in addition to the 10 companies which have been already sent to the state recently." informed Mann.

Recent incidents of violence in Punjab

Violence erupted in Patiala after the Shiv Sena (Bal Thackeray) organised an anti-separatist march against a rally organised by the pro-Khalistani faction to celebrate the Khalistan foundation day on April 29. The rallying motto was 'Khalistani Murdabad' (death to pro-Khalistan) when Nihang Sikhs, the warrior sect of the Sikh community barged into the pro-Khalistan rally, which led to clashes between the two groups.

Moreover in another incident of a security breach on May 9, the Police Intelligence HQs was attacked with a Rocket Propelled Grenade (RPG). It was later found the RPG was sent to Punjab via a drone. As per sources, two more persons were detained from Tarn Taran. All three of them, including Nishan Singh, who was arrested from Amritsar on Tuesday are suspected to be linked to Pakistan-based terrorist Harvinder Singh Rinda.