Centre Must Withdraw Plans To Sell Assets Worth Rs 40,000 Crore In Telangana: KTR 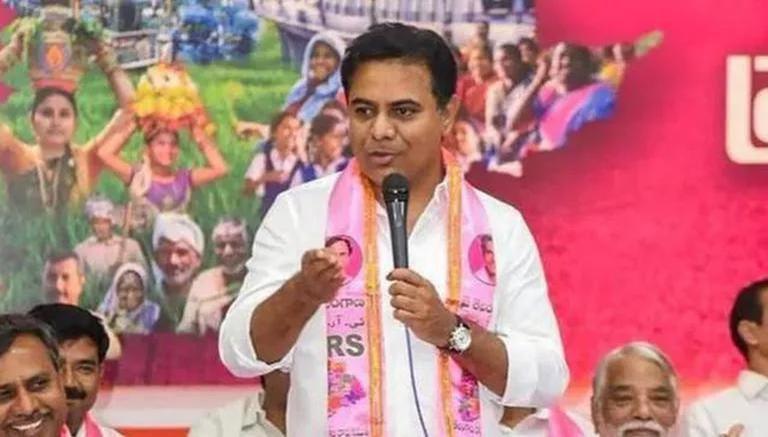 Instead of selling the assets, the Union government should explore the possibilities of reviving and strengthening the PSUs, Rama Rao, popularly known as KTR, said in a letter to Union Finance Minister Nirmala Sitharaman.

"If it is not feasible then the state government should be given an opportunity to set up new industrial units in such lands," KTR said.

The central government's plans to sell PSUs are nothing but making a mockery of state government's rights, he said in the letter.

The Telangana Industries Minister pointed out that many states, including Tamil Nadu, were strongly opposing the Centre's moves to sell PSUs set up in their respective territories.

Lashing out at the central government for its attempts to sell PSUs in the guise of disinvestment, KTR sought to know under what provisions or rights, the Narendra Modi government was contemplating the sale of PSUs set up in different states.

It was "unfortunate" that the Modi government did not provide job opportunities to the unemployed youth. If the PSUs were reopened, they would provide direct employment to thousands and indirectly millions would be benefitted, he said.

Instead the central government was focusing on withdrawing investment to facilitate sale of the companies, he claimed.

The BJP government at the Centre was selling Hindustan Cables Limited, Hindustan Fluorocarbons Limited, Indian Drugs and Pharmaceuticals Limited, HMT, Cement Corporation of India Limited (CCI) and ordnance factories in Telangana as part of its disinvestment plans, he alleged.

The state government had allotted about 7,200 acres to these six companies, KTR said, adding that the value of these lands would be nearly Rs 5,000 crore according to government rates and as per open market prices, the value could be over Rs 40,000 crore.

The state government had allotted lands to these companies at marginal prices and in a few cases, they were offered for free, since setting up these units would generate employment to local people, besides facilitating industrial development, the minister further said.

When the Telangana government urged the Union government to allot lands for the construction of skyways to improve transportation in Hyderabad, the Centre demanded compensation as per market price, he said.

"In this context, how can the central government sell the lands that were allotted by the state government for setting up PSUs," the Minister questioned.

"I appeal to the Union government to reconsider these plans, failing which Telangana government will strongly obstruct the moves," KTR added.