Pointing out that Sonia Gandhi was taking decisions for Congress, TS Deo said that it was unfortunate that a leader as experienced as Kapil Sabil did not know. 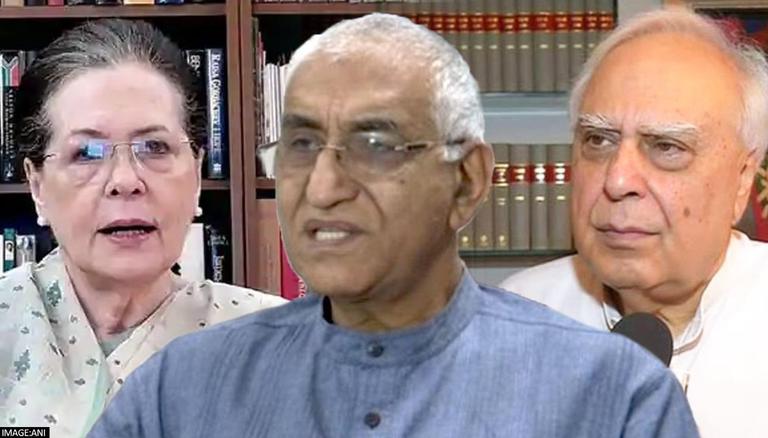 
Chhattisgarh's Health Minister TS Deo, who is currently trying his best to take over the state's Chief Ministership from Bhupesh Baghel, on Wednesday slammed senior Congress leader Kapil Sibal for his recent remarks against the Congress. Terming Sibal as 'misleading', TS Deo asserted that interim president Sonia Gandhi was taking decisions for the party and that it was 'unfortunate that a senior leader like Sibal did not know.

Earlier in the day, Kapil Sibal held a press briefing on behalf of the G23 leaders who wrote a letter to the Congress high command seeking radical in the party. Underlining that they were yet to receive a reply, the veteran leader said, "I am here today with a heavy heart. In past, we were proud of Congress leadership but can't look at the situation my party is in today. It breaks my heart. It is saddening."

"Today Congressmen are leaving Congress. Sushmita Deb, Former Goa CM, Jitin Prasad, Scindhia, etc have left Congress," he added, with a question, "Why are leaders leaving Congress? We have to introspect, maybe Congress is also at fault."

Referring to this statement, TS Deo said, "Those committed to the ideology of Congress will never leave the party." The statement of TS Deo comes the same day 7-8 MLAs of the Bhupesh Baghel set their foot in the National Capital to meet the Congress High command, while a faction of 3-4 MLAs of TS Deo's camp is likely to visit Delhi soon.

It is pertinent to mention here that when the Congress Party won the assembly elections in Chhattisgarh, there were four contenders for the post of Chief Minister- Bhupesh Baghel, TS Singh Deo, Tamradhwaj Sahu, and Charandas Mahant. All four had been called in for a discussion by the then Congress president Rahul Gandhi and  TS Deo and Bhupesh Baghel were the two names narrowed down on. There have been speculations since then that formula to divide the chief ministerial tenure between Baghel and Singh Deo was made to keep everyone happy.

Now that the Bhupesh Baghel has crossed the two-and-a-half-year mark, TS Singh Deo, as per sources, has already conveyed to the party's high command that he could not wait any more than two months for the chief ministership to be transferred from Baghel to him. However, Baghel has seemed rather positive about his position, and has time and again stated that he will step down from the post only if the high command asks him to.