The current crisis is due to the collision between the two camps in the Chhattisgarh Congress party regarding the 2.5-year power-sharing pact. 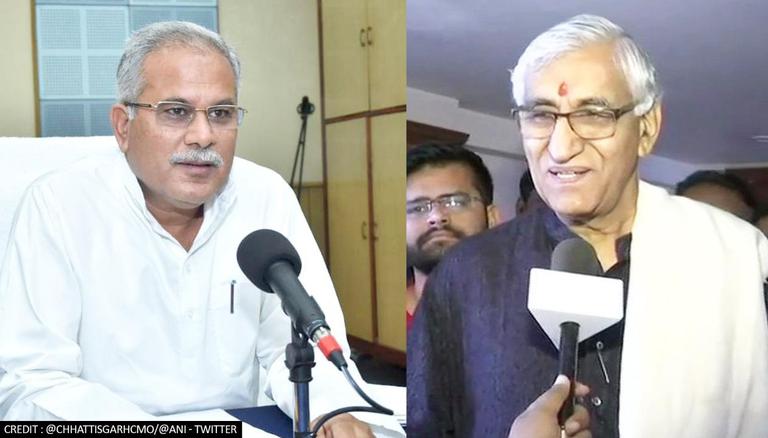 
As Congress' troubles in Chhattisgarh continue, reports by sources state that Chief Minister Bhupesh Baghel is in confrontation mode for the next 72 hours. Baghel is currently holding a meeting with 20 MLAs in his official residence. Reports suggest that state Home Minister Tamradhwaj Sahu is also present in the meeting.

According to the information received by Republic Media Network from the sources involved in the meeting, the decree has been issued to party MLAs from all districts of the state to the capital city, Raipur for a crucial meeting.

The current crisis is the aftermath of a collision between the two camps in the Congress party. In 2018, when the grand old party won 68 out of 90 seats in the Chhattisgarh assembly, there were four contenders for the top post- Bhupesh Bagel, TS Singh Deo, Charandas Mahant, Tamradhwaj Sahu. After several meetings and brainstorming, the Congress narrowed down two names- Baghel and TS Deo with Rahul Gandhi giving thumbs up to Bhupesh Baghel. Sources said that the party had agreed to divide the Chief Ministership between two with each handing the state for 2.5 years.

With the Baghel administration completing its 2.5 years, TS Singh Deo has asked Congress leadership to hand over the top chair to him within two months. The state will go to the polls in 2023.

Earlier in the day, Congress MLA Piyush Brihaspati Singh refuted the change in chief minister in the state. Speaking to Republic, Singh said that there is no such power-sharing formal and called it rumours spread by BJP.

"No such formula of power-sharing was ever discussed. Is there any leader on record saying this? Bhupesh Baghel will continue to be chief minister. He will complete the full term. BJP is spreading rumours on this," he said.

While Deo on several occasions has hinted at his wish to be Chief Minister, Baghel on the other hand, has said that he will resign if Sonia and Rahul Gandhi asked him to.