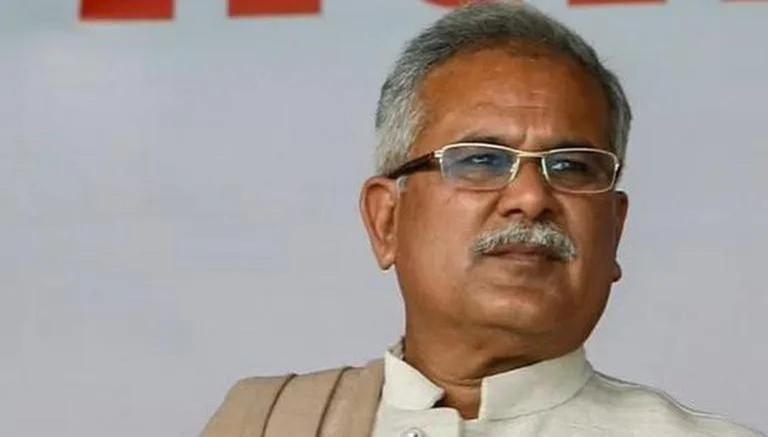 
Chattishgarh Chief Minister Bhupesh Baghel launched fresh salvos against the Bharatiya Janata Party (BJP) stating that first, it sows the seeds of hatred in different sections of society and then talks about taking "Sneh Yatra".

Speaking to reporters in Raipur, CM Bhupesh Baghel said, "Uttar Pradesh police are trying to protect criminals instead of cooperating with Chhattisgarh police. BJP never abides by the judiciary's decision...First, they sow seeds of hatred in different sections of society and then they talk about taking 'Sneh Yatra'." It is pertinent to mention that Baghel took a jibe at PM Modi's call for 'Sneh Yatra' at BJP's national executive meeting to reach out to all the sections in the society and usher in harmony in the country.

Notably, CM Baghel's remark comes following the detention of a news anchor by Noida police for allegedly playing a doctored video of Congress leader Rahul Gandhi. A case was registered against the news anchor in Chattisgarh, following which the state police reached UP's Ghaziabad to detain the anchor. Instead, the anchor was picked up by the Noida Police. Referring to this development, Baghel said, "Uttar Pradesh Police is trying to protect criminals instead of cooperating with Chhattisgarh police."

Meanwhile, Additional Deputy Commissioner Police (ADCP) Noida in a statement said that in the course of an investigation registered at the police station in sector 20, a news anchor working in a news channel was questioned. According to reports, the FIR filed by Congress said that the news anchor intentionally linked Rahul Gandhi’s statements on the vandalisation of his office to the Udaipur incident in an attempt to incite public sentiments.

There won't be any more raids in Maharashtra (after the change of guard), Baghel said. "All three agencies—the Enforcement Directorate (ED), Income Tax (IT), and Central Bureau of Investigation (CBI)—will be relocated to the non-BJP-ruled states of Jharkhand, Chhattisgarh, West Bengal, and Rajasthan."

Baghel claimed that in the previous eight years, no action has been taken by central agencies against BJP officials, BJP-ruled states, or BJP-supported governments. Baghel also alleged that the Centre and the BJP are trying to control the media, politicians and political parties.