While addressing the press upon his arrival, CM Baghel assured that he would step down from his post if party president Sonia Gandhi and Rahul Gandhi ordered 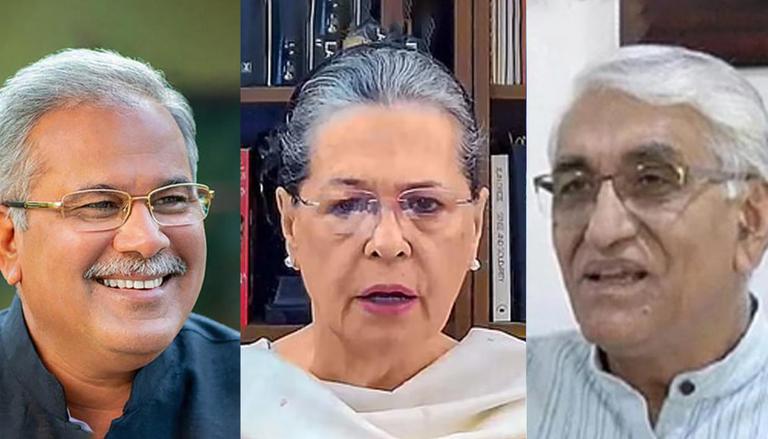 
Chhatisgarh CM Bhupesh Baghel received a rousing welcome from his supporters on his arrival at the Raipur airport on Wednesday. As the tussle for the chief ministership in the state persisted, CM Bhupesh Baghel and TS Singh Deo met Rahul Gandhi in Delhi on Tuesday. While addressing the press upon his arrival at Raipur, CM Baghel assured that he would step down from his post if party president Sonia Gandhi and Rahul Gandhi ordered him to.

'Will step down if Sonia, Rahul order': CM Baghel

Chhattisgarh CM Bhupesh Baghel, when asked about the rotational chief ministership decision, assured that if the higher command in the Congress unit like Sonia and Rahul Gandhi asked him to step down from the role of CM, he would willingly sacrifice it and pass it down. Attacking the supporters of TS Deo Singh, who have been demanding rotational chief ministership, Baghel said, “Those who are chanting for two-and-a-half years are trying to bring political instability but they will never succeed.”

CM Bhupesh Paghel was joined by Chattisgarh Health Minister TS Singh Deo and state Congress in-charge PL Punia at the meeting with Rahul Gandhi. As the CM Bhupesh Baghel-led Congress's tenure crossed the two-and-a-half-year mark, supporters of TS Singh Dep raised the need for change in leadership and brought in the concern of rotational chief ministership. Reportedly, TS Singh Deo's supporters had claimed that the current Health Minister was promised to be made the CM before his current regime ended. According to sources, TS Singh Deo had already conveyed to the party's high command that he could not wait any more than two months for the change in power. He also said that he would resign from all party posts if his demands were not met.

CM Baghel, however, had dismissed all rumours regarding the rotation of the CM after half of the tenure. While Baghel's intention to stay in power at his end remained strong the party's high command had informed that he would have to follow the unanimous decision taken by the state party heads. As per reports, Chhattisgarh CM Baghel and TS Singh Deo will additionally meet Congress General Secretary KC Venugopal to bury differences between them. The crisis in Chhattisgarh Congress escalated at a time when the Punjab unit has been witnessing intense infighting between CM Amarinder Singh and PPCC president Sidhu ahead of the Assembly elections in 2022.