Chidambaram on Saturday came forward to question the move of the scientists and medical experts to increase the interval between two doses of Covishield. 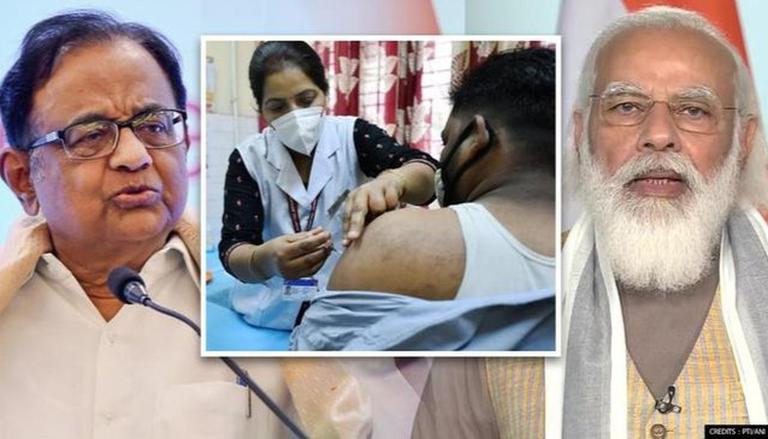 
After the National Technical Advisory Group (NTAGI) increased the interval between two doses in the case of Covishield while the interval for Covaxin remained the same, Congress leader P Chidambaram on Saturday came forward to question the move. Urging scientists and medical experts to not play the 'game of the government', he asserted that the government, as part of the game, is laying a trap in which scientists are falling and suggesting the changes, and will pass on the blame on the scientists and medical experts in case anything goes wrong.

'Don't play the game of the govt': P Chidambaram

Chidambaram first began by giving reference to the United Kingdom, where the Oxford-Astrazenca vaccine developed, and then began to be manufactured by the Serum Institute of India under the name of Covishield. He said, "When the government of India has increased the gap between the first and second dose of the Covishield vaccine to 12-16 weeks, the UK is announcing that they’re going back to the gap of 8 weeks, at least for those above 50."

When govt has increased gap between the 1st and 2nd dose of the Covishield vaccine to 12-16 weeks, the UK is announcing that they’re going back to the gap of 8 weeks, at least for people over the age of 50: Congress leader P Chidambaram (1/3) pic.twitter.com/zuDyOQgeTU

The response of Chidamabaram comes days after the NTAGI increased the interval between two doses in the case of Covishield, citing reports that prove that the interval of 12-16 weeks between the vaccine doses is more beneficial than the earlier suggested interval of 6-8 weeks.

What does the expert say?

In an exclusive conversation with Republic Media Network, Senior Consultant for Infectious Diseases, Subramanian Swaminathan on Friday had given the logic behind changing the interval. He had said, "In case of a pandemic, you want to get done with the study as quickly as possible to pass on the benefits and that is why a month-long study was conducted instead of a 3-month long study because conducting a 3-month long study would have meant that much delay in the vaccination process. Now that the 3-month long study is also over, it has shown that an interval of 12-weeks between the two doses is better."