He recently stated that Congress should break ties with the DMK and contest alone in the upcoming local body polls. He was the deputy mayor for Chennai city corporation.

The press release by Congress says that the AICC has approved the decision of Tamil Nadu Congress to suspend Thiagarajan for "frequent anti-party activities and breach of discipline."

Below is the press release: 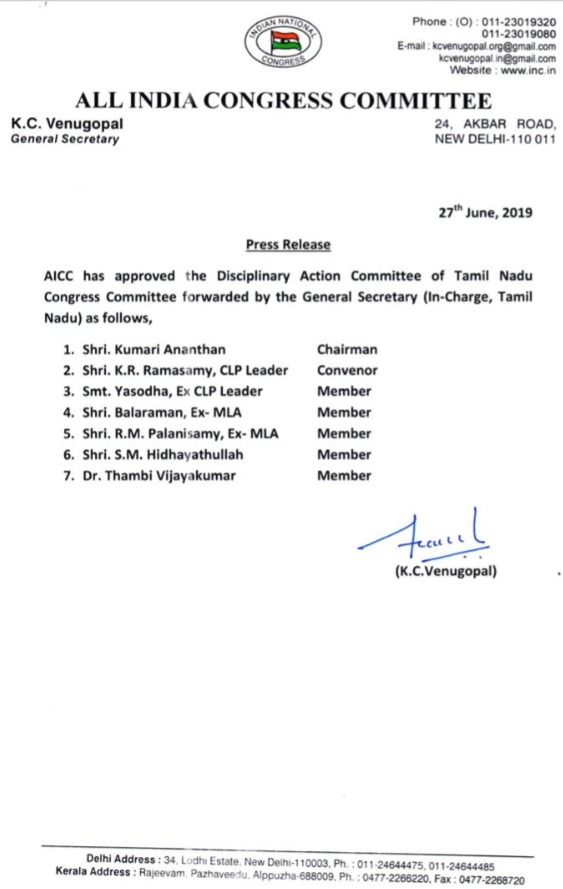 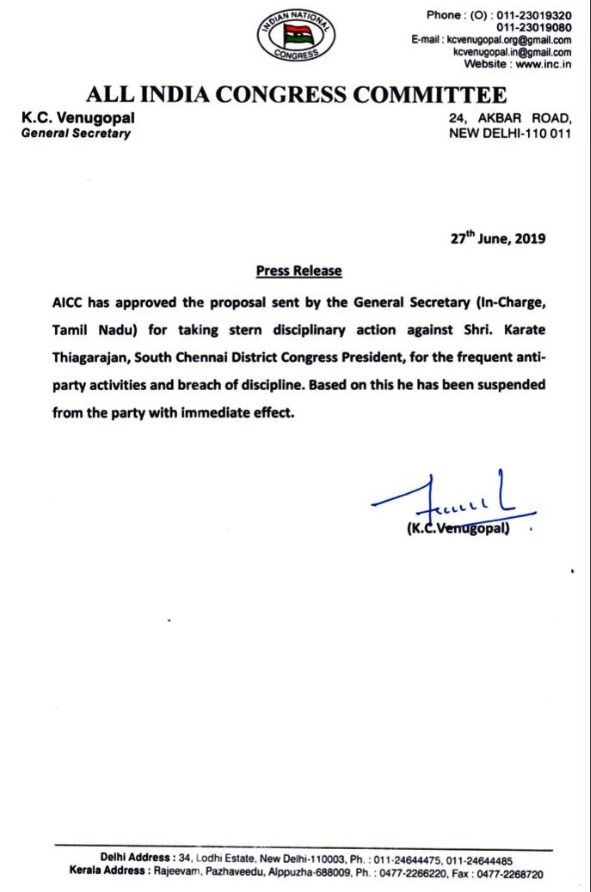 On June 18, Congress had suspended MLA Roshan Baig from the party with immediate effect for indulging in "anti-party activities."