Chirag Paswan Attends NDA Meet Ahead Of Monsoon Session, Says 'Not Part Of Any Alliance'

LJP (Ram Vilas) leader Chirag Paswan who attended the NDA's meeting ahead of the Monsoon session, asserted that he is not part of the NDA or any alliance. 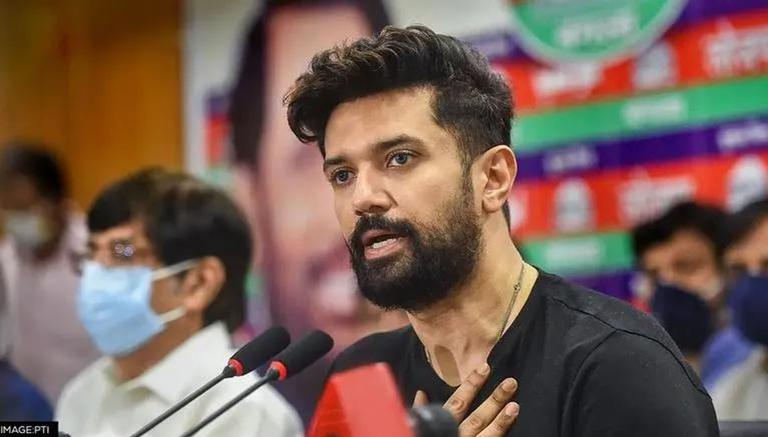 
Lok Janshakti Party (Ram Vilas) leader Chirag Paswan who attended the National Democratic Alliance (NDA) meeting on Sunday ahead of the Monsoon session of Parliament, asserted that he is not part of the NDA or any alliance.

'Not part of any alliance': Chirag Paswan

When LJP (Ram Vilas) leader was asked about his future course of action, he revealed that his party will contest the Bihar elections in an alliance, however, currently, he is not a part of any political alliance. Adding further he said that he will announce the alliance before the elections.

"We will contest the Bihar elections in an alliance, But presently I am not part of any alliance. Today, I am neither with NDA nor with UPA or any Maha Gathbandhan. With whom I’ll forge alliance will be announced only before elections," Paswan told reporters.

It is pertinent to mention that earlier in June, Paswan announced his support for NDA's presidential candidate Murmu stating that he is backing Murmu because of her merits. He said, "We are supporting Droupadi Murmu, not because of NDA, I would have supported her even if UPA nominated her. A woman of tribal background reached such heights. Looking at her work we have decided to back her." At the same time, he asserted that he was neither a part of NDA, UPA or Mahagatbhandhan and his priority was to rebuild my party from scratch.

Notably, Paswan's presence at the NDA's meeting ahead of the Monsoon session holds significance as he had walked out of the political grouping in Bihar during the assembly elections due to his opposition to Chief Minister Nitish Kumar's Janata Dal (United), the BJP's biggest ally in the state. It is pertinent to mention that later his party was also split into 5 MPs led by his uncle and Union Minister, Pashupati Kumar Paras. The Paras faction was recognised as the real LJP in the Lok Sabha.