Maha CM Eknath Shinde attacked the Shiv Sena leadership & said that the state's citizens would not have supported him & his allies if they had been traitors. 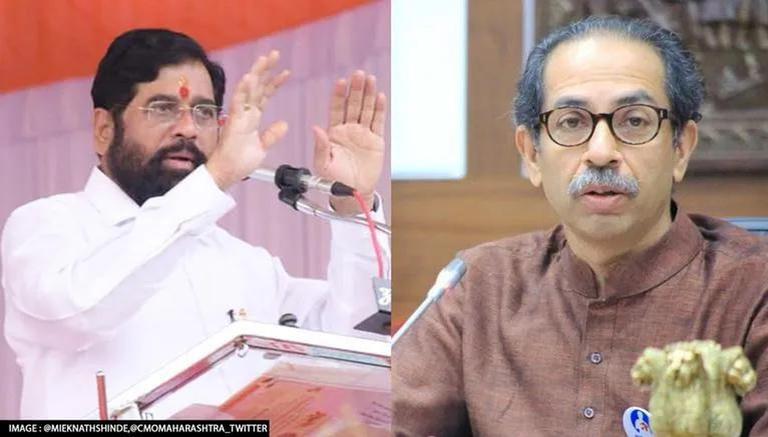 
Maharashtra Chief Minister Eknath Shinde has hit out at the Uddhav Thackeray-led Shiv Sena camp and said that if he and his supporters had been traitors, the people of the state would not have supported them. Notably, CM Shinde and others have come under fire from Sena leader Uddhav Thackeray, whose coalition government MVA fell in June as a result of CM Shinde's rebellion, The former CM has been attacking the rebels by calling them "gaddar," or traitors.

Addressing a rally at Saswad in Pune, CM Eknath Shinde on Tuesday said that people's support for the stand he and the other Shiv Sena MLAs supporting him "to save Balasaheb Thackeray's Shiv Sena" has vindicated their actions. He said that because of their alliance with the Sena, the Nationalist Congress Party and Congress, who were supposed to be out of power after losing the 2019 Assembly election, gained a "Sanjivani Booti" (fresh lease on life).

"Had the Shiv Sena-BJP government been formed (in 2019), NCP and Congress would not have survived," CM Shinde said. Referring to his and other Sena MLA's rebellion against Thackeray, he said, "Not only people from the state but people across the country took note of this development." Adding further he said that it was a "historic event and even the world took note, asking who are these 50 people and who is Eknath Shinde.

On Thackeray's "traitor" remark, CM Shinde said, "Are we rebels, traitors? If we were rebels or traitors, would we get support from the common people of the state? Would you come (to the rally) in such a large number? It means our stand of saving Balasaheb Thackeray's Shiv Sena was accepted by the people of the state."

'What was happening in Uddhav govt was intolerable': CM Shinde

Speaking at the rally in Pune, CM Shinde said that during the Uddhav-led MVA government people used to come and visit him because Uddhav Thackeray had no time to meet them.

"Government came to power and our party chief became chief minister. We all got down to work. Meanwhile, people used to come and visit me because some people (Uddhav Thackeray) had no time to meet them. Our people suffered, what was happening in the government was intolerable... We took this decision because, in the upcoming elections, Shiv Sena would have had only that many Members of Legislative Assembly(MLAs) as much as can be counted on fingers. Attempts were on to end Shiv Sena, people were being jailed and they were being asked to join their parties to save themselves," Shinde said.

It is pertinent to mention that since Shinde's rebellion, there has been a war of words between two camps of Shiv Sena-- Shinde camp and Uddhav camp, with the latter calling the former "traitor" for aligning with the BJP to form the government in the state.