Amid the ongoing investigation into the SSC recruitment scam, WB BJP leaders have claimed the involvement of CM Mamata Banerjee and nephew Abhishek. 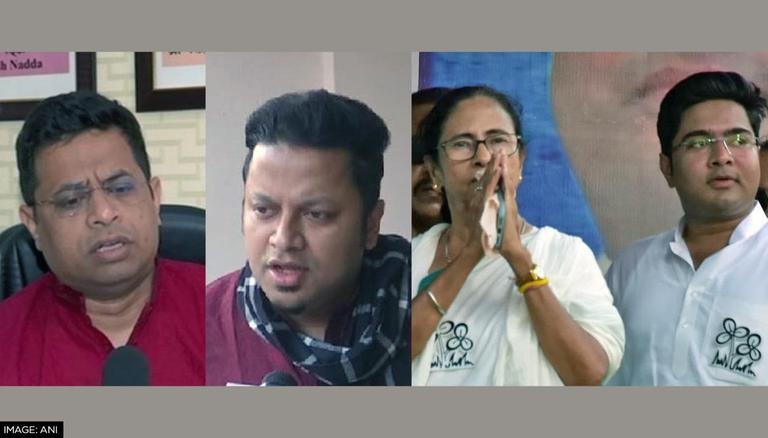 
Amid the ongoing investigation into the West Bengal School Service Commission (WBSSC) recruitment scam, the Bharatiya Janata Party (BJP) state wing leaders have alleged that in addition to Partha Chatterjee, Chief Minister Mamata Banerjee and her nephew and Trinamool Congress secretary Abhishek Banerjee were also fully involved in the scam.

Speaking to ANI over the ongoing investigation into the SSC recruitment scam, West Bengal BJP Vice President, Saumitra Khan said, "Mamata Banerjee is the main culprit. Partha Chatterjee used to be with the CM for almost 8 to 10 hours, the SSC scam happened only with the blessings of Mamata, and she is associated with Partha Chatterjee. Mamata Banerjee is now trying to save herself and her nephew. (She) will do a lot of gimmicks and we will have to see."

Adding further the state BJP leader said, "ED is only looking for the cash money, why is the money that has been into the bank account not being investigated? The money has been sent to CM’s nephew Abhishek Banerjee and it should also be investigated, this is a big conspiracy."

'Partha Chatterjee cannot do anything without high command's permission': BJP

READ | BJP's Sukanta Majumdar, others detained in Kolkata over protest against SSC scam

Calling CM Mamata an "autocratic" leader, Hazara said, "Without her permission, no one can even breathe in the party. Partho Chatterjee cannot do anything without the permission of the high command... In the future, it will also be known from whose consent, Partha Chatterjee was collecting this money.

"Maybe, Trinamool Congress (TMC) is a little worried that Partha Chatterjee should not take anyone’s name in the custody, that is why he has been suspended from every position of the party," the BJP leader told ANI.

Notably, West Bengal Chief Minister Mamata Banerjee has sacked Trinamool Congress leader Partha Chatterjee as state minister days after he was arrested in the SSC recruitment scam in which Rs 50 crores have been seized from residences linked to his aide Arpita Mukherjee.