'Cong Fought For Farmers During Protests, Why Is TMC Claiming Credits?': Adhir Chowdhury

Chowdhury rued that when Congress was protesting with the farmers, CM Banerjee even when she was present in Delhi failed to meet the farmers at Jantar Mantar. 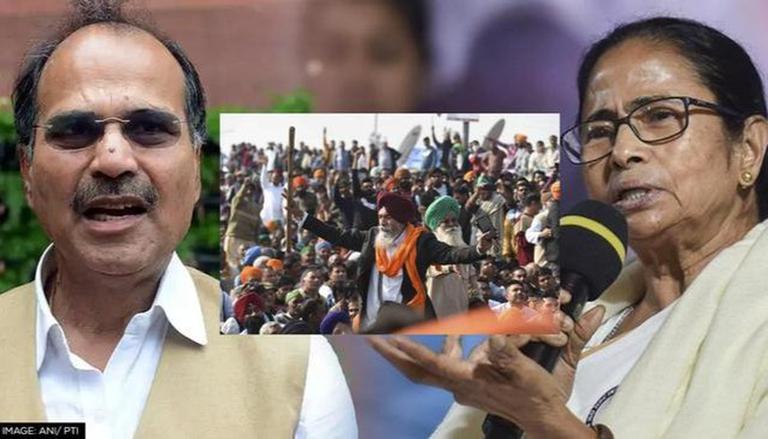 
On Saturday, November 20, Senior Congress leader Adhir Ranjan Chowdhury said that at a time when the Congress had been fighting for the rights of farmers during the year-long protest against the three controversial agriculture laws, the Trinamool Congress is now "falsely" claiming credit after Prime Minister Narendra Modi announced the repeal of the laws.

Chowdhury said that while Congress leader Rahul Gandhi and other leaders of the party along with activists stood up in arms in support of the protesting farmers throughout the nation, West Bengal Chief Minister Mamata Banerjee failed in even marking her presence at the Jantar Mantar to meet the farmers despite being present in the National Capital. He said that the TMC was making false claims about its role in the farmers' protest and its support for their cause.

'We fought for farmers' rights for 11 months, where was the TMC then?'

"We fought for farmers' rights 11 months, where was the Trinamool Congress then? The Mamata Banerjee-led party is now making a laughing stock of itself. She did not even meet the farmers at Jantar Mantar even though she was in Delhi then, but now the TMC has come out on the streets to falsely claim credit," the MP from Berhampore said media persons.

He claimed that Congress since the outset of the farmers' movement had held protests against the farm laws.

Speaking about farmer's leaders such as Rakesh Tikat meeting CM Banerjee and backing the TMC in the West Bengal Assembly Elections held earlier this year, Chowdhury who is also the West Bengal Congress President said that they (farmer's leaders) had gone to all poll-bound states to raise voice against the BJP wherever there was a likelihood of defeating them.

BJP-TMC has come into understanding on West Bengal scams: Chowdhury

Chowdhury also claimed of a BJP and the TMC coming into an understanding, saying, "investigations into the coal scam, Narada, Sarada, have stopped."

Chowdhury recalled that along with other Congress leaders, Rahul Gandhi drive tractors in Punjab, Haryana, and Delhi to express their discontent against the farm laws.

''Congress workers and leaders held protests in every district of the country against the black laws,'' he said, adding that the party has taken up the issue inside and outside the Parliament all along.

When asked about the decision of the farmers' unions not to lift the protest till the laws are repealed in the parliament, Chowdhury said that this shows their 'mistrust' towards the Modi government.

''Rahul Gandhi had some time back prophesied that the Narendra Modi government will have to repeal the contentious farm laws and this has come true,'' Chowdhury said.