After Punjab and Chhattisgarh, infighting has also come to the fore in the Congress' Telangana unit over the appointment of Revanth Reddy as the state chief. 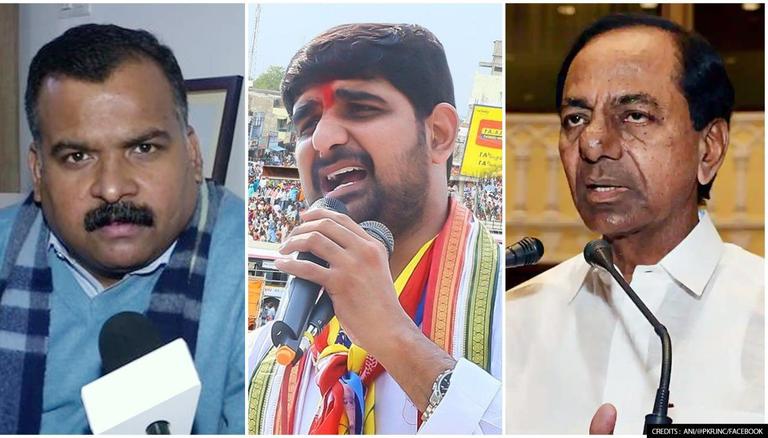 
After Punjab and Chhattisgarh, infighting has also come to the fore in the Congress' Telangana unit over the appointment of Revanth Reddy as the state chief. A day earlier, Telangana Pradesh Congress Committee secretary P Kaushik Reddy publicly accused Revanth Reddy of bribing Manickam Tagore to the tune of Rs.50 crore for bagging the post. While Kaushik Reddy is a cousin of former state president N Uttam Kumar Reddy, Tagore is the AICC Telangana in-charge. Thereafter, the former sent his resignation letter to Congress supremo Sonia Gandhi.

Rejecting the bribery claim, the Virudhunagar MP revealed that he would file a defamation case against the TPCC secretary. Alleging that Kaushik Reddy is loyal to Telangana CM K Chandrasekhar Rao, Tagore asserted that he was being targeted for seeking to defeat TRS. A bitter critic of KCR, Revanth Reddy was defeated in the 2018 Assembly polls but was elected as an MP from the Malkajgiri constituency.

Those who are loyal to Chandrasekar rao garu always throw false allegations on me because My primary duty is to defeat TRS and make congress victorious in TS & my lawyers will issue notice for defamation and complaint will be registered in Madurai . Welcome to Madurai 😀 Court.

At present, Congress has 6 MLAs in the 120-member Telangana Assembly. The post of the TPCC president has been vacant since N Uttam Kumar Reddy stepped down following the party's poor performance in by-elections. On June 12, senior Congress leader V Hanumantha Rao wrote to Sonia Gandhi expressing dissatisfaction over the role of Manickam Tagore. He revealed that there is a difference of opinion between loyalists and leaders who have come from other parties.

Lamenting that the Congress high command is only depending on the report of the AICC in-charge, he opined that it will be beneficial if AICC observers elicit the opinions from both junior and senior leaders. According to him, taking major policy decisions relying on Tagore may cause severe damage to the party. He wrote, "Madamji, I am making this sincere suggestion in the larger interests of Congress party in Telangana and to further strengthen to effectively face 2024 general elections".

Speaking to Republic TV on July 11, the new Telangana Congress chief came down heavily on the TRS government. Revanth Reddy said, "We have always fought for self-respect, self role and social justice." "In the last 7 years, CM K Chandrashekar Rao has not delivered the aspirations of the state people. So, now the people of Telangana are ready to fight against the KCR-led state government," he added.