Salman Khurshid's comparison of Hindutva to ISIS and Boko Haram caused unease even within the allies of Congress with Shiv Sena issuing a strong condemnation. 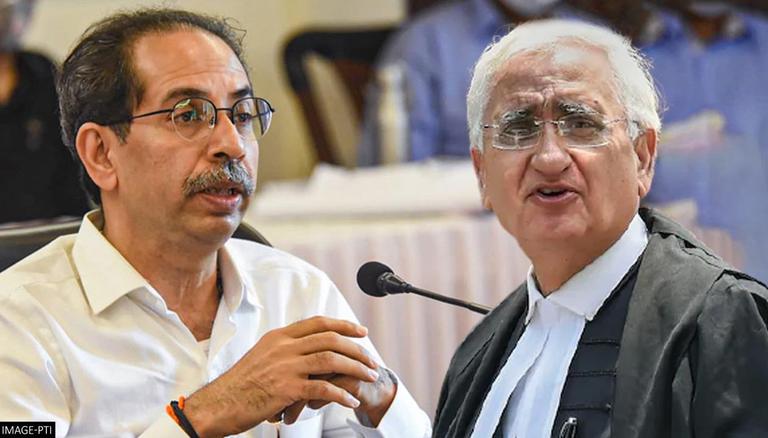 
Salman Khurshid's comparison of Hindutva to ISIS and Boko Haram caused unease even within the allies of Congress with Shiv Sena issuing a strong condemnation. Reacting to this remark on Thursday, Shiv Sena spokesperson Manisha Kayande nailed the fallacy in the senior Congress leader's argument asserting that no organization espousing Hindutva was involved in terror activities. Calling upon the former Union Minister to understand the essence of Hindutva, she contended it was totally wrong to equate Hindutva with terror outfits.

The contentious part in the 'The Saffron Sky' chapter of Salman Khurshid's book 'Sunrise over Ayodhya: Nationhood' in our times reads, "Whatever rationalization might have been offered, the Ayodhya saga was throughout about one faith trumping the methods of another. But the former faith itself was experiencing a contest of interpretation. Sanatan dharma and classical Hinduism known to sages and saints was being pushed aside by a robust version of Hindutva, by all standards a political version similar to the jihadist Islam of groups like ISIS and Boko Haram of recent years.

Despite facing ire from several quarters including BJP, Khurshid refused to back down on his controversial remark. Maintaining that BJP doesn't have a monopoly on Hinduism, he contended that the saffron party was destroying the essence of the religion. So far, lawyers Vivek Garg and Vineet Jindal have filed a criminal complaint against the former Union Minister urging Delhi Police Commissioner Rakesh Asthana to register an FIR against him.

Speaking exclusively to Republic TV a day earlier, Salman Khurshid opined, "I haven't compared it with Hitler. That would have been taking it too far. But if they (BJP) believe that what I am saying is wrong, then they must tell me why. There is something wrong with people who misuse Islam. I can say that. But I can't say that there is something wrong with people who misuse Hinduism. Why can't I say that' Because they have a monopoly on Hinduism' My answer is you don't have a monopoly. You are destroying Hinduism."