After AAP, now Congress has raised objections to PM Modi's much-publicised Kedarnath visit alleging that PM Modi entered the holy shrine with his shoes on 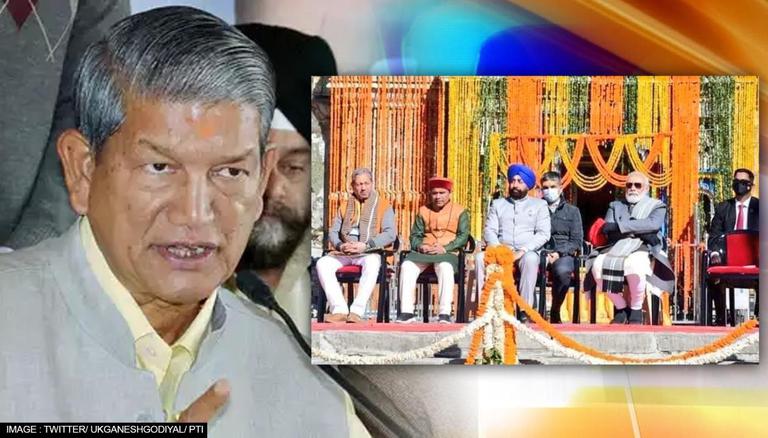 
After AAP, now Congress has raised objections to PM Modi's much-publicised Kedarnath visit. Speaking to reporters on Sunday, ex-CM Harish Rawat alleged that PM Modi entered the shrine with his shoes on. Calling it an insult to the holy shrine's tradition, he also took umbrage at the fact that PM Modi, CM Pushkar Dhami addressed crowds outside the shrine, turning their backs to their deity. Uttarakhand, along with Uttar Pradesh, Punjab, Manipur, Goa will go to polls in February 2022.

"On one hand, all the BJP leaders are sitting in the temple premises wearing shoes in the holy Kedarnath Dham and are getting live broadcast from the sanctum sanctorum. This is against the dignity of the shrine. Moreover, they are wearing shoes where thousands died in the catastrophic 2013 Kedarnath floods," said Uttarakhand Congress chief Ganesh Godiyal, echoing Rawat.

Previously, AAP claimed that PM Modi's visit to Kedarnath which was live telecast across India had broken the age-old traditions of the shrine. Taking affront to cameras being present in the sanctum sanctorum of the temple while the PM prayed, AAP shared a clip of a fuming priest. In the clip, a priest named Santosh Trivedi is heard stating that darshan was done privately, not telecast to public.

"We had told Modi ji two days ago that there are two things that priests are opposing in Kedarnath. One is that the political visit here is separate, other is the live telecast of PM Modi's visit into the temple. This is a big affront to the traditions here. Darshan is done privately here, not telecast to the public. I have opposed this before also. PM Modi should heed to the priests' advice here," said Trivedi.

On Friday, PM Modi unveiled the 12-feet high statue of Guru Adi Shankaracharya and prayed at the Himalayan shrine of Kedarnath in Uttarakhand. Arriving at Kedarnath at 8:00 AM, the Prime Minister first offered prayers at Kedarnath temple, performed 'aarti' of Lord Shiva and undertook circumambulation of the shrine. The statue has been installed at the guru's samadhi which was damaged during the 2013 floods. The unveiling was live-streamed at the 12 jyotirlingas, four Shankaracharya mutts, the guru's birthplace and 86 prominent temples.

READ | Uttarakhand: Portals of Kedarnath, Yamunotri to close for winters on November 6

PM Modi also addressed the crowds gathered there and inaugurated Rs 130 crore worth of infrastructure projects in the poll-bound states. He said, "People who used to come here used to think whether our Kedar Dham will rise up again? But my inner voice was saying that it will rise with more pride than before. I want to thank all 'rawals' here for their guidance for these works".