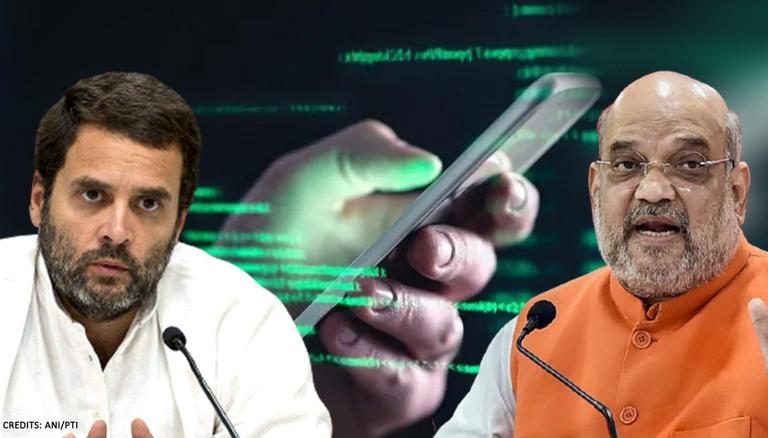 The All India Congress Committee (AICC) has issued a statement demanding the home minister's resignation and Supreme Court-monitored inquiry. The AICC said it carried out protests across its state offices and said, "there is tremendous outrage among Congress leaders and workers against the report of the tapping of phones of former Congress President Rahul Gandhi."

The statement by AICC: 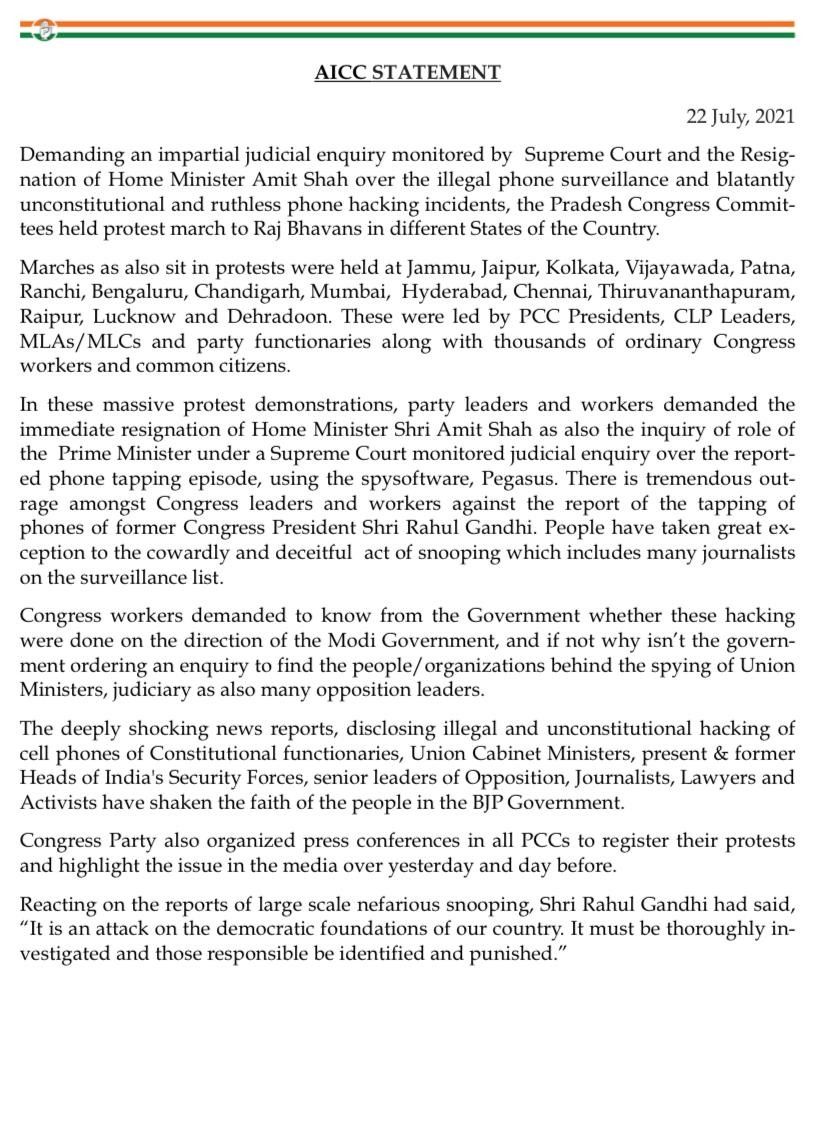 The demands by Congress come even after Amnesty International changed its stance after a legal threat by Pegasus owner NSO Group. Amnesty International Israel on Thursday stated that it never claimed that the leaked database (list) was NSO Pegasus Spyware List. This seemingly comes after NSO Group contemplated taking legal action on the media organisations that released the Pegasus project report.

The media organisations that have carried the Pegasus story in full swing have not given any evidence to corroborate the claims made by them of 'Government spying' on various people, of which Rahul Gandhi is allegedly a target.

"The truth is that Amnesty has never presented this list as "NSO's Pegasus Spyware List", although some of the world's media may have done so. Amnesty, and the investigative journalists and media outlets in which they work, made it clear from the outset in very clear language that this A list of numbers marked as numbers of interest to NSO customers, which are different regimes in the world," Amnesty said in a statement, leaving the media organisations that carried the story high and dry.

Forbidden Stories and Amnesty are purportedly in possession of the leaked database which has been circulated to its partner media organisations across the world. The leaked database of 50,000 numbers is alleged to be the potential target of NSO clients using Pegasus spyware. Of the 50,000 numbers, some 300 numbers are said to be from India belonging to people including journalists, union ministers, businessmen and also accused of the Bhima Koregaon case.

Reports have stated that Congress leader Rahul Gandhi and Poll strategist Prashant Kishor was also among the potential targets of the Pegasus spyware. However, there has been no evidence presented by either the media organisations or the Opposition to support the Pegasus snoopgate claim.