The Congress party has now demanded a JPC investigation in the Rafale deal only days after being accused of being the ‘middlemen’ in the deal. 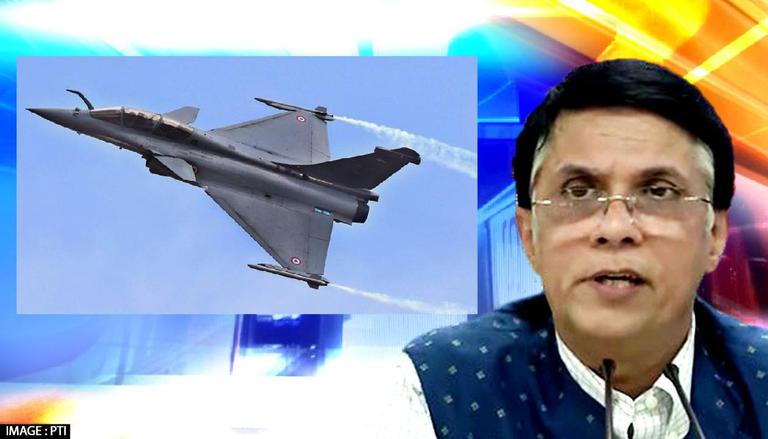 The Congress party has now demanded a JPC investigation in the Rafale deal only days after being accused of being the ‘middlemen’ in the deal. “Facts have come to light after the supreme court quashed some private petitions. These facts pertaining to the fact that CBI was in possession of some documents pointing to the role of some middlemen in the Rafale deal,” Khera alleged.

“The ED has recovered more documents, has recovered some incriminating documents from this middleman on March 26, 2019. All this happened after the quashing of Supreme Court petitions,” he claimed. “Therefore, in the light of these new facts that have come out, we are demanding a JPC, an independent investigation in the role of several important people including the Prime Minister in Rafale deal,” Khera added while demanding further investigation into the deal.

Congress has said that the UPA government had negotiated the purchase of one Rafale fighter aircraft including transfer of technology for Rs 526.10 crore after an international tender for procuring 126 aircraft. This comes after a report published by the French news portal Mediapart caught attention. The report had stated that evidently false invoices enabled French aircraft manufacturer Dassault Aviation to pay at least 7.5 million euros in alleged secret commissions to a middleman during the negotiations for the deal at a time when the UPA government was in-charge.

BJP’s allegation against the Congress

Hitting out at Congress and the Gandhi family, BJP spokesperson Sambit Patra last week, termed the party as 'I need Commission' (INC) after the recent expose by French news portal Mediapart regarding the commissions given to middleman Sushen Gupta in the Rafale deal. Urging Rahul Gandhi to reply to the UPA-era scam, he claimed that the deal had an 'agreement of commissions' which was 40% of the contract. Patra asserted that while it was unsure if CBI was probing into the 'middleman' payments in the Rafale deal, Sushen Gupta was already under ED's scanner for the AgustaWestland scam.