A day after the farmer unions called for a Bharat Bandh on September 27, the Congress party has informed that it will support the farmers. 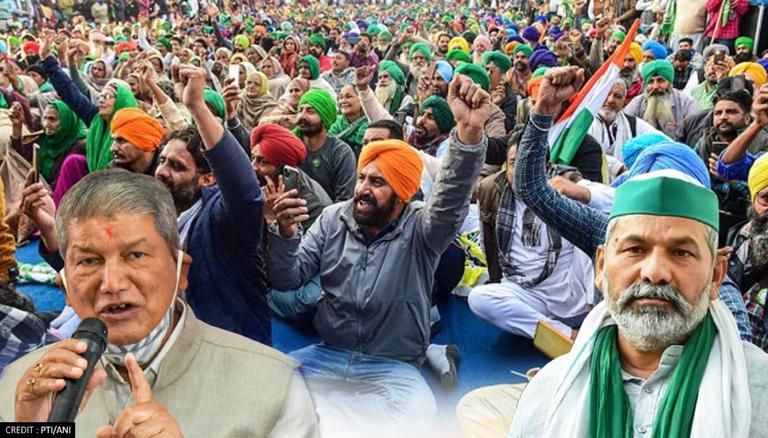 
A day after farmer unions called for a Bharat Bandh on September 27, the Congress party has informed that it will support the farmers. On Tuesday, Senior Congress leader and former Uttarakhand Chief Minister Harish Rawat took to social media and stated that the grand old party stands with the farmers.

Speaking about the Bharat Bandh call by farmer unions, Rawat said that he is a 'son of a farmer and a human being'.  The Congress leader has assured to be a part of the Bharat Bandh and has appealed others to join the farmers. Hitting out at the Centre, Harish Rawat asserted that the farmers are fighting a 'decisive battle against the oppressive government'.

The call for Bharat Bandh was given by the farmers' unions on Sunday at their Kisan Mahapanchayat organised by Samyukt Kisan Morcha (SKM) in Muzaffarnagar against the three Farm Laws. The Mahapanchayat was attended by over 300 farmer unions from Uttar Pradesh and other states. Apart from the Bharat Bandh call, the farmers have also called for Mahapanchayat in Karnal on September 7 against the lathi charge on farmers, which happened in August.

The SKM has vowed to make the Centre and Yogi Adityanath government realise the power of farmers. Additionally, the unions have also informed that they will be organising grand farmers' meet in Lucknow on September 9 and 10. Moreover, the farmer's body also called for 'Kisan Sansad' in Jaipur on the International Day of Democracy on September 15.

The farmers have been protesting against the Centre's Farm Laws for nearly a year at the Delhi's borders - Tikri, Singhu and Ghazipur, demanding a total repeal by Parliament. The protest peaked when farmers broke down barricades, entered Delhi, clashing with police and hoisted the SKM flag at the Red Fort on Republic Day. After the violence witnessed on Republic Day, Delhi police fortified the city borders by cementing nails near barricades, deploying additional troops, adding barbed wires etc blocking access to the roads completely. Farmers have reiterated 'No Ghar Wapsi till Law Wapsi', as the protests have caught several international celebrities' interest online. The protesting farmers now aim to intensify protests across UP ahead of the 2022 Uttar Pradesh assembly polls.