Congress issues whip to party's Rajya Sabha members to be present in the house on Wednesday as 'very important issues will be taken up for discussion'. 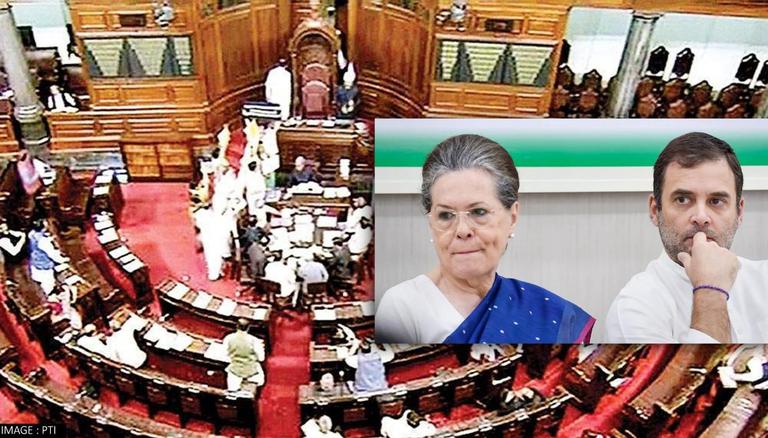 
Congress issued a whip to its Rajya Sabha members to be present in the House on December 15 (Wednesday) beginning from 11 am till the adjournment of the House. Congress party's chief whip Jairam Ramesh stated that its mandatory for all the members to be present in the Rajya Sabha as 'very important issues will be taken up for discussion'. Notably, the Congress party has called for a meeting of its Lok Sabha MPs today at 10.30 AM at the CPP office in the Parliament, ahead of the 11 AM whip in the Upper House, ANI reported.

Congress cites important issues to be discussed in the Rajya Sabha

"Very important issues will be taken up for discussion in the Rajya Sabha tomorrow, Wednesday, December 15, 2021. All members of the Congress party in the Rajya Sabha are requested to kindly remain present in the House from 11 AM onwards till the adjournment of the House...without fail and support the party stand," the party's chief whip Jairam Ramesh said.

The Upper House of Parliament is scheduled to take up discussions on the NDPS (Amendment) Bill and the pandemic situation on Wednesday. The Congress that staged a walkout in the House on Tuesday, plans to step up its attack on the government over the suspension of 12 opposition members. Several other opposition parties have been unitedly demanding that the suspension of the 12 MPs be revoked, but the government is insisting that they first apologise in the House.

All 12 suspended opposition leaders have been conducting a sit-in protest outside the parliament, against their revocation from the Upper House. The uproar began when Rajya Sabha Leader Piyush Goyal criticized the 12 MPs for failing to express regret for their behaviour, leading to their suspension from the House shortly after the House reassembled at noon following the first adjournment over the issue.

On December 14, Congress President Sonia Gandhi chaired a meeting with the opposition leaders-- National Conference patron Farooq Abdullah, NCP supremo Sharad Pawar, Shiv Sena’s Sanjay Raut & DMK’s T R Baalu at her residence to ponder over a united strategy in the ongoing winter session of the Parliament. Former Congress President Rahul Gandhi & leader of the opposition in the House, Congress’ Mallikarjun Kharge were also in attendance during the meeting.

The meeting was held to pose a stronger opposition in the parliament where the NDA government currently holds a brute majority. As per PTI sources, more such meetings can take place in the coming days to unite all regional opposition parties. Sonia Gandhi had invited Maharashtra CM Uddhav Thackeray and Tamil Nadu CM MK Stalin, according to PTI sources. Both sent out their respective leaders, Raut and Baalu.