Coming down heavily on the UP Law Commission's draft population control bill, Congress leader Jairam Ramesh claimed that it was a ploy to polarise society. 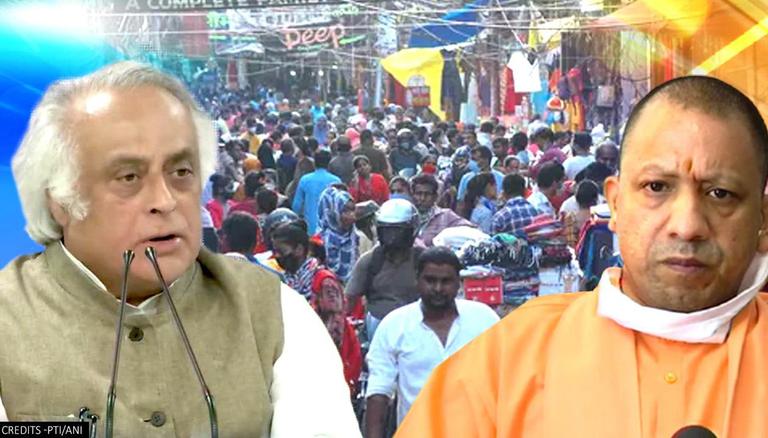 
Coming down heavily on the UP Law Commission's draft population control bill, Congress leader Jairam Ramesh claimed that it was a ploy to polarise society. According to him, this was an attempt to whip up communal passions in the lead up to the 2022 Uttar Pradesh Assembly polls. Taking to Twitter, the Rajya Sabha MP contended that this policy was in total contrast to the facts elaborated in the Economic Survey a few years ago.

Chapter 7 in Volume 1 of the 2018-19 Economic Survey read, "India is set to witness a sharp slowdown in population growth in the next two decades. Although the country as a whole will enjoy the 'demographic dividend' phase, some states will start transitioning to an ageing society by the 2030s. It will surprise many readers to learn that population in the 0-19 age bracket has already peaked due to sharp decline in total fertility rate (TFR) across the country."

Adding further, Ramesh asserted that the population will stabilise or begin to decline when the replacement level of fertility reaches 2.1. Moreover, he opined that states such as UP, Jharkhand, Madhya Pradesh and Rajasthan will achieve replacement levels of fertility by 2026 followed by Bihar. The former Union Minister stressed that this would happen by existing policies to empower women, family planning programmes and socio-economic changes.

All this will become clear when you read Volume 1 Chapter 7 of the 2018-19 Economic Survey:https://t.co/nC4AS57iGs

Suggestions have been invited on the proposed Uttar Pradesh Population (Control, Stabilization and Welfare) Bill, 2021, by July 19. The provisions of this legislation will come into force only after one year from the date of publication in the Gazette. As per the bill, a public servant and a common person who adopts the two-child norm by undergoing voluntary sterilization operation upon himself or his house will be entitled to benefits such soft loan for constructing or buying a house at nominal interest rates, rebate on charges for utilities, maternity or paternity leave for 12 months with full salary and allowances, etc.

Couples opting for a single child will get additional incentives such as free health care facilities and insurance for the child till the age of 20, free education up to graduation for the child along with a preference for admission in all educational institutions including IIMs and AIIMS, preference for the child in government jobs and scholarship for higher studies in case of a girl child. If they fall in the Below Poverty Line category, parents of a single child shall be paid Rs.80,000 and Rs.1,00,000 if the child is a boy and girl respectively. The bill also prescribes disincentives for those who violate the two-child policy such as a bar on receiving subsidies and contesting local body polls.