If a Congress leader was behind the Goa mining scam, the BJP would have used central agencies to charge the leaders, Dinesh Gundu Rao said on Wednesday. 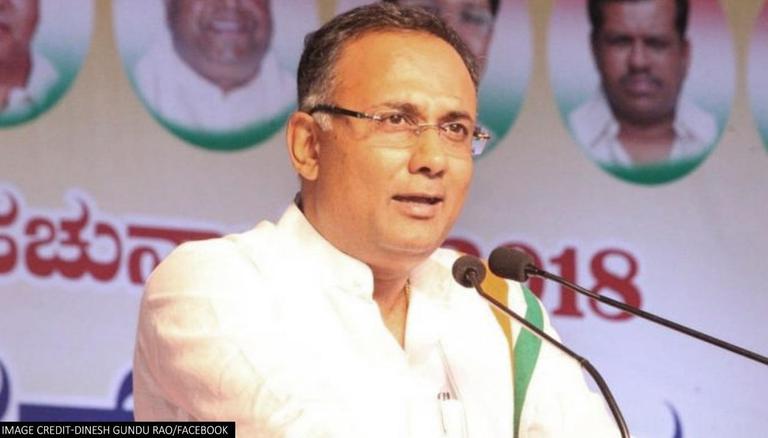 
If a Congress leader was behind the Goa mining scam, the BJP would have used central agencies to charge the leaders, Dinesh Gundu Rao said on Wednesday. The All India Congress Committee (AICC) Goa in-charge further slammed the Goa Chief Minister Pramod Sawant in an interview to ANI for making up allegations of a mining scam made ten years ago and never being able to prove them. Rao said,

"After 10 years, still they are making the same allegations. The BJP should have used enforcement agencies if they believed in the allegations against Congress leaders in the alleged mining scam."

P Chidambaram, the ex-Finance Minister and a senior leader of the Congress party arrived in Goa on Wednesday to hold meetings with senior local party leaders. The purpose of the visit is to discuss the upcoming assembly elections. Rao said while talking about Chidambaram’s visit:

"During his first visit, Chidambaram Ji will meet all the important people including MLAs, ex-MLAs, MPs, block presidents, and district presidents to get a sense of what is happening in Goa. There are so many issues which need to be discussed and finalize and I think with his presence all the decisions will be taken very quickly.”

War of words prior to the assembly elections

He fired more shots at the BJP government and accused them of their "bad" governance. He said, “The mood of the people of Goa is that we had enough of BJP. This is not an illegitimate government. They don't have a mandate. The governance has been so bad. Today price rise, unemployment, law and order problem, rape cases, so many issues of Goa have not been addressed. It is a corrupt government and people are fed up with this. Today, Congress is the only alternative. Last time people of Goa blessed the Congress and I hope this time I am sure they will be blessing us in a bigger way." Rao further said that are motivated for the upcoming elections and hope to win the heart and the trust of the people of Goa. He said, "It is also our responsibility to see that we function properly and we will campaign in an effective way. We will go to the people and win their hearts. Now we have to win their trust now.”