"If today, he is feeling humiliated, it is because he didn't resign earlier.  If he didn't want to serve these legislators, he ought to have gone,"Tulsi said. 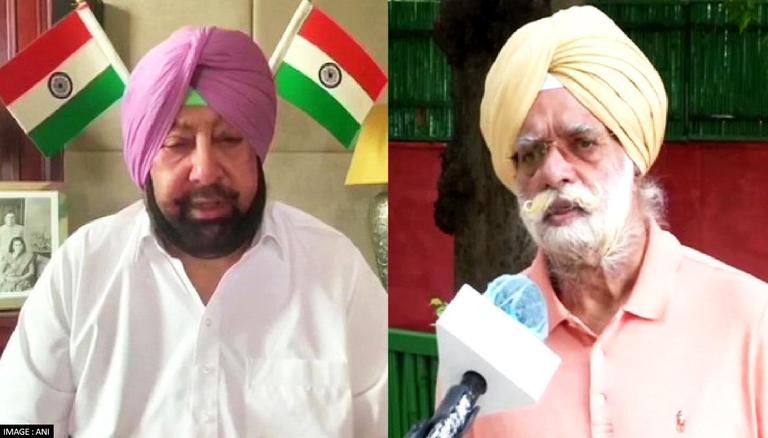 
Calling Captain Amarinder Singh's decision to quit Congress 'unfortunate',  party leader and MP, KTS Tulsi, on Friday asserted that the former Punjab Chief Minister was reluctant to acknowledge his mistakes of ignoring the legislators and not addressing their grievances.

Tulsi added that there was an active demand for six months from the body of legislators that they were not satisfied with the functioning of the government, but the former Chief Minister had done nothing about it.

Captain should have had his finger on the pulse of each MLA but he completely ignored them," the Congress leader said, adding that "If today, he is feeling humiliated, it is because he did not resign earlier.  If he did not want to serve these legislators, he ought to have gone."

After stepping down from Punjab Chief Ministership, Captain Amarinder Singh to resign from Congress

Amid the infighting between Capt/. Amarinder Singh and Navjot Singh Sidhu, the situation escalated after Congress summoned a Legislative Party meeting at 5 pm on September 18 without keeping the erstwhile Punjab CM in the loop.

Announcing the decision on Twitter, Rawat asserted that the party had received a representation from a large number of MLAs demanding a meeting. Amid growing speculation, Captain Amarinder Singh tendered his resignation to Punjab Governor Banwarilal Purohit at about 4.30 pm on the same day, owing to "humiliation".

Speaking to Republic Media Network's Editor-in-Chief Arnab Goswami, Captain Amarinder Singh listed down instances where he was subjected to humiliation in the party.

"First, they called the MLAs trying to find out if the Chief Minister is doing the job or not, calling it just a way of finding out things. Then, the second time they were called again to Delhi, and now again here, in Chandigarh," the ex-CM said, adding that there was a limit to tolerate humiliation.

Thereafter, on Thursday, Captain Amarinder Singh said that he would be leaving the Congress party as well. After leaving Congress, a source close to the former CM informed that he is likely to float a new party in the state of Punjab in a few weeks, the main aim of which will be the 'security of the state and the nation'. The source says that he is in talks with 'like-minded parties to have a tacit understanding ahead of the 2022 assembly polls.