Congress, NCP Trying To Contact MLAs Amid Buzz Of Rebellion In Sena After MLC Poll Setback

After rumours surfaced about a rebellion in Shiv Sena in the aftermath of the MLC elections, Congress and NCP are trying to contact their respective MLAs. 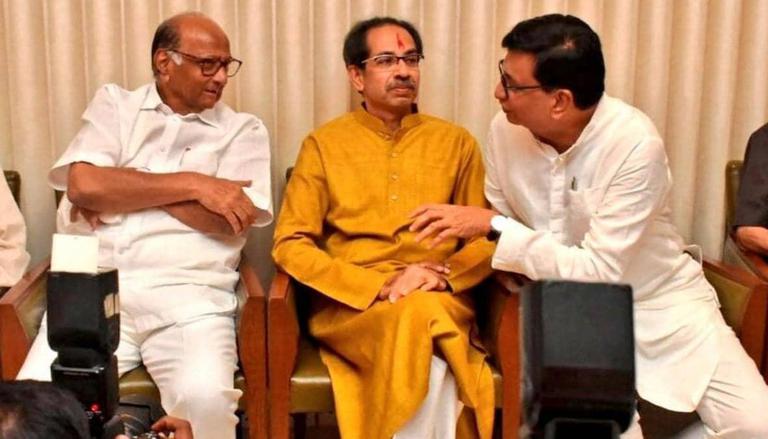 
After rumours surfaced about a rebellion in Shiv Sena in the aftermath of the MLC polls, allies Congress and NCP are trying to contact their respective MLAs. As per sources, senior Sena leader Eknath Shinde is leading the revolt and is holed up at a 5-star hotel in Surat with at least 10 party MLAs. At present, Shinde holds the portfolios of Urban Development and PWD (Public Undertakings) in the Uddhav Thackeray-led government in Maharashtra. Sources indicated that the MLAs are unreachable and are reportedly in touch with BJP.

In wake of these developments, Shiv Sena chief and Maharashtra CM Uddhav Thackeray called for an urgent meeting of all party MLAs at noon today. Meanwhile, Sena MP Sanjay Raut has cancelled his participation in the meeting of opposition leaders on the presidential election scheduled later in the day and all MVA Ministers have been asked to remain in the state. Sources also revealed that Balasaheb Thorat has taken responsibility for Congress' inability to win the 2nd seat in the MLC polls and is likely to resign as the Congress Legislative Party leader.

In another embarrassment for MVA a day earlier, BJP managed to get its 5th candidate elected to the Maharashtra Legislative Council on June 20 despite not having enough numbers. The election to 10 seats was necessitated by the retirement of 9 members- NCP's Ramraje Naik Nimbalkar and Sanjay Daund, Pravin Darekar, Sujitsinh Thakur and Prasad Lad of BJP, Shiv Sena's Subhash Desai and Diwakar Raote, Vinayak Mete and Sadabhau Khot and the demise of BJP MLA RN Singh. A contest was on cards between BJP and Congress for one seat was on the cards as the former fielded an extra candidate.

While BJP's Darekar Ram Shinde, Uma Khapre and Shrikant Bharatiya, NCP's Nimbalkar and Eknath Khadse and Shiv Sena's Sachin Ahir and Amshya Padvi won on the bases of the first preference votes, a tough fight ensued between the Congress candidates and BJP. Though Mumbai Congress president Bhai Jagtap won finally, Devendra Fadnavis' close aide Lad emerged victorious leading to the defeat of Congress' first-choice candidate Chandrakant Handore. As per reports, three MLAs of Shiv Sena and Congress each may have cross-voted for BJP.

Addressing the media after the election results, Fadnavis opined, "We secured 123 votes in the Rajya Sabha elections. Now, we got 134 votes. I was saying from the beginning that there is tremendous discontent within MVA. There is no coordination. The MLAs don't trust the government. That's why, (I believed) that MLAs will vote for our 5th candidate and this was seen on this occasion."