Sources say, all MPs, be it from Rajya Sabha or Lok Sabha, and senior leaders have been asked to reach the party headquarters on June 13. 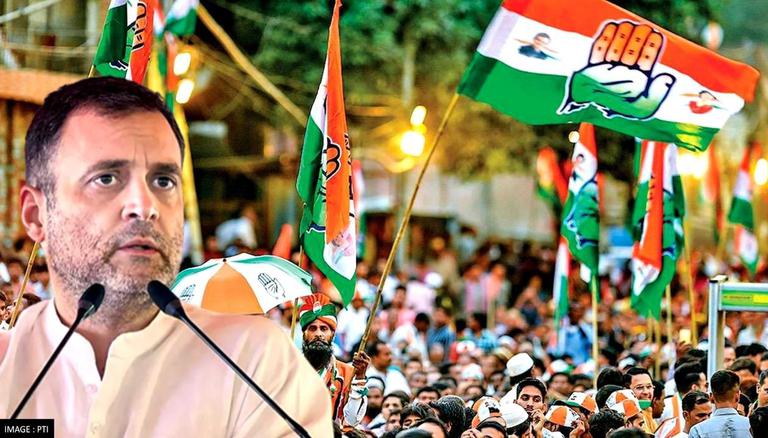 
Even as Sonia Gandhi is avoiding appearance, Rahul Gandhi would be heading to the Enforcement Directorate's office for interrogation in the money laundering case linked to the National Herald newspaper-Associated Journals Limited on June 13. For the said date, Congress is preparing for a major show of strength in the national capital, as per sources. On June 13, Congress is planning to stage 'satyagraha' in front of ED offices in all states across India. In Delhi, all the MPs and CWC members will march to the ED office.

Congress to march to ED office

Sources say that all Members of Parliament from Congress, be it from Rajya Sabha or Lok Sabha, and senior leaders have been asked to reach the party headquarters on Akbar Road on Monday. They will take out a march to the ED office on APJ Abdul Kalam Road in a show of support for Gandhi when he appears before the agency. Also, state units will conduct protests outside ED offices in there region. This was decided in a virtual meeting of the party's general secretaries and state in-charges.

The Congress has termed the charges 'fake and baseless' and added the summonses to Rahul Gandhi and party president Sonia Gandhi was a part of a 'vendetta politics'. The party had earlier said that both Rahul and Sonia would appear before the probing agency as they had 'nothing to hide', and had even suggested the BJP to 'learn from them'.

The case pertains to the probe into the alleged financial irregularities in the party-promoted Young Indian that owns the National Herald newspaper. The paper is published by AJL and owned by Young Indian Pvt Limited.

The probe agency had registered a fresh case under the criminal provisions of the PMLA after a trial court took cognizance of an Income Tax Department probe against Young Indian Pvt Ltd on the basis of a private criminal complaint filed by BJP MP Subramanian Swamy in 2013.

Swamy had accused Sonia Gandhi, Rahul Gandhi, and others of conspiring to cheat and misappropriate funds, with Young Indian Pvt Ltd paying only Rs 50 lakh to obtain the right to recover Rs 90.25 crore that Associate Journals Ltd owed to the Congress. On December 19, 2015, the Gandhi mother-son duo got bail on furnishing a personal bond of Rs.50,000 each and a surety after the court ruled out apprehension that they will flee the country.