Shortly after BJP alleged a Congress 'toolkit', Jaiveer Shergill took to Twitter & said that nothing can put a curtain on the Centre's massive COVID failures 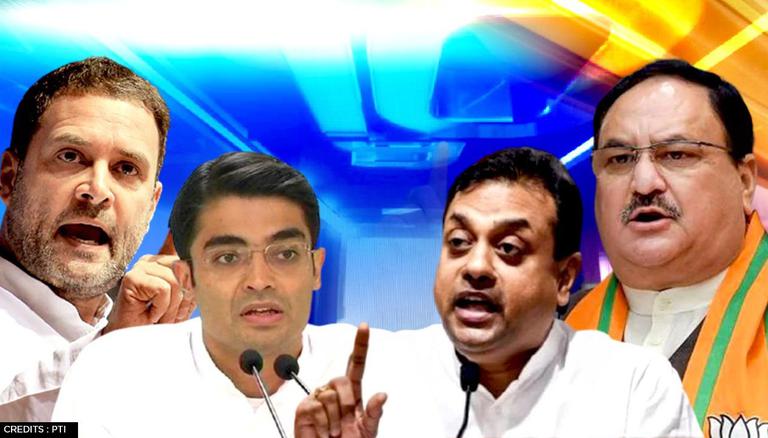 
Shortly after BJP released a purported Congress 'toolkit' and accused it of using the COVID-19 pandemic in an effort to defame Prime Minister Narendra Modi, INC leader Jaiveer Shergill on Tuesday slammed the saffron party. While stating that the BJP has realised that their standard "Food the Public Kit" is not working in this pandemic, Jaiveer Shergill said that in desperation, BJP's 'fake and fraud propaganda factory' has manufactured Congress 'toolkit'. "No number of press conferences, arrests, raids can put a curtain on the central government's massive failure," he added.

BJP has realized that their standard “Fool the Public Kit” is not working in this pandemic hence in desperation BJP fake & fraud propaganda factory has manufactured Congress Tool Kit - No number of press conferences, arrests,raids can put a curtain on Central Govt massive failure

Earlier, BJP national spokesperson Sambit Patra came down heavily on the alleged Congress 'toolkit', which has been doing rounds on social media, slamming the party for attempting to defame PM Modi and the Government of India (GoI) amid the COVID pandemic crisis in the country.

"The toolkit highlights how the Congress party wants to strengthen itself using the pandemic. It has exposed the intentions and its attempts to spread misinformation in the country," said Sambit Patra.

The BJP has alleged that Congress has released a 'Cornering Narendra Modi & BJP on COVID Mismangament' document -- a 'toolkit' to target the Centre as the nation reels with the COVID-19 pandemic. In the alleged toolkit, the Congress party has laid down a series of actions that should be taken by its party leaders, in tandem with certain media publications to 'corner the Modi government and various BJP governments in the country.'

The BJP has alleged that a special emphasis has been placed on media and international media coverage on 'super-spreader Kumbh Mela.' "It is important to keep using the term ‘super spreader Kumbh’ to keep reminding the people that it is the Hindu politics of BJP that is causing so much distress," the alleged report states.

The alleged report also focuses on mobilizing former civil servants to raise questions about PM-CARES. Focusing on building a narrative that PM Modi is providing special treatment to Gujarat, has also been stated in the report, the BJP claims.

"Moreover, a large part of the purported toolkit is focused on defaming the Central Vista project. "Brand the project as a ‘vanity project’ which has no public use but is only for Modi’s personal use. File a case against the project in Delhi High Court and seek a stay on the project. In panel discussions, call the project ‘Modi’s personal house’," the alleged report by Congress states.

The alleged report has also asked workers to attack PM Modi's image globally and 'erode his popularity' through social media platforms, using dramatic images of the pandemic. "Use the phrase ‘Indian strain’ whenever talking of the new mutant. Social Media volunteers may call it ‘Modi strain’."

The report also urges volunteers to use similar phrases for other Union Ministers such as ‘Missing’ Amit Shah, ‘Quarantined’ Jaishankar, ‘Sidelined’ Rajnath Singh, ‘Insensitive’ Nirmala Sitharaman. "Mobilize creative like-minded people in Bollywood for tweets, memes, comic videos, cartoons and other viral posts that target Modi," the report reads. Following the toolkit allegation being levelled, a number of BJP leaders have slammed the Congress.

Dividing society and spewing venom against others….Congress is a master at this. India is seeing Congress’ antics, while the nation is fighting COVID-19. I would urge Congress to go beyond ’Toolkit Models’ and do something constructive. #CongressToolkitExposed

Meanwhile, the Indian Youth Congress has strongly denied the toolkit calling it a 'fake and morphed document', alleging that it was an attempt by the BJP to discredit the work being done by the party.

Fake leaders of the anti people BJP are trying to spread a fake and morphed document calling it our toolkit.

To all of you, please get a life. Please try to help people now.