In a massive development in Gujarat politics, Chief Minister Vijay Rupani on Saturday tendered his resignation to the state's Governor, Acharya Devvrat. 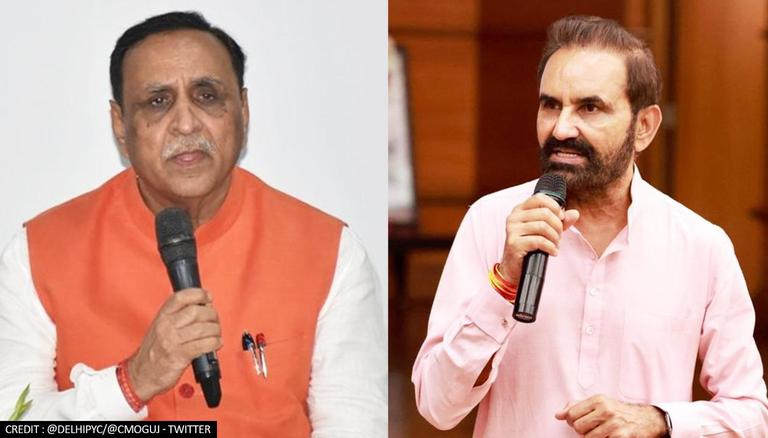 
The Congress party on Saturday questioned the sudden change in leadership in Gujarat ahead of Assembly Elections. Speaking exclusively to Republic Media Network, Congress MP Shaktisinh Gohil asserted that the Bhartiya Janata Party, on the whole, has failed and to hide its failure, has made Vijay Rupani, the outgoing Chief Minister, a 'scapegoat'.

"If the government is doing good work, and everything is fine in the state, then why right before the elections, the Chief Minister was changed?" asked Shaktisinh Gohil, moving on to show what he referred to as the 'true picture'. "The truth is people all over the state are sad, and disappointed with the BJP government. During the COVID period, the government failed miserably. There was no medical facility, no oxygen and figures show that thousands died in the state," said the Congress leader. "The government employees are sad, the youth does not have jobs," he further said.

Congress MP Shaktisinh Gohil also claimed that Vijay Rupani's sudden exit from the party could be because of the fight between Amit Shah and Anandibai Patel. "Amit Shah is doing his best to oust people of Anandiben Patel from the government one by one."

Vijay Rupani resigns; Nitin Patel to be next Gujrat CM?

Chief Minister Vijay Rupani on Saturday tendered his resignation to the state's Governor Acharya Devvraj. After meeting the Governor, addressing a press conference at Raj Bhavan in Gandhinagar, Vijay Rupani confirmed the news. "I am resigning from my chief ministerial post," said Rupani, while thanking the BJP for giving him the opportunity.

Hours thereafter, Bhartiya Janata Party called a legislative meeting on Sunday, in which the MLAs in the presence of Union Home Minister and former BJP President Amit Shah, and BJP state chief CR Patil are going to make an announcement on the name of the new Chief Minister. While many names are being considered including that of Union Ministers Mansukh Mandaviya & Purshottam Rupala, and Gujarat minister RC Faldu, Deputy Chief Minister Nitin Patel's is most likely to be selected for the post of Gujarat's Chief Minister, as per sources. Sources further added that Pradipsinh Jadeja could be the next Deputy Chief Minister of Gujarat.