'Deep-rooted corruption': Congress Scoffs At BJP As Road Breaks When MLA Cracks Coconut At Inaugural Event In UP

Taking a jibe at the BJP, Congress on Saturday, claimed that corruption was so deep-rooted in the Yogi Adityanath government that roads were cracking. 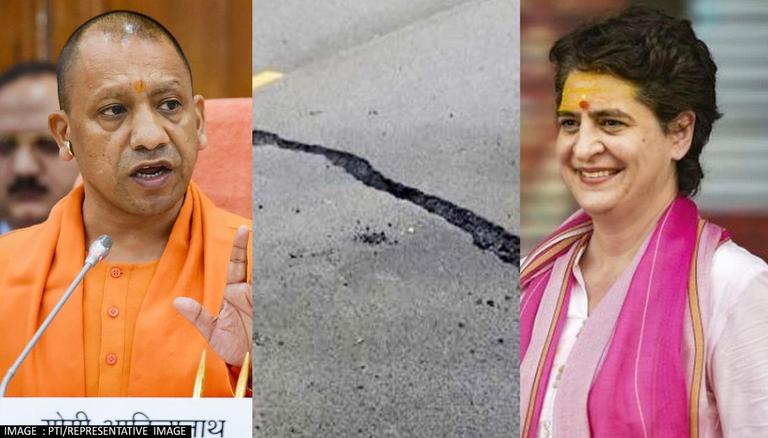 
Taking a jibe at the BJP, Congress on Saturday, claimed that corruption was so deep-rooted in the Yogi Adityanath government that roads were cracking. Congress was referring to the recent embarrassment where a newly constructed road cracked when an MLA inaugurated it by cracking a coconut on it. As per reports, the coconut failed to break, but the road did.

In a major embarrassment, when BJP MLA Suchi Chaudhary smashed a coconut to inaugurate a road in Uttar Pradesh's Bijnor on December 3, the road cracked, while the coconut did not. Miffed at the 'insult', Chaudhary reportedly sat on an dharna demanding a probe into the road's construction. As per reports, the gravel which came away from the road was taken for 'sampling' later. The MLA and her husband Aishwarya Chaudhary alleged that only 700m of the total 7.5 km of the road was constructed, accusing the administration of corruption.

READ | PM Modi goes all out against Congress in Uttarakhand; 'Scams part & parcel of UPA govt'

Recently, several Central projects have been inaugurated in Uttara Pradesh like - defence corridor, Purvanchal Expressway, Kushinagar international airport, Jewar airport (Asia's biggest airport), nine new medical colleges in Varanasi - to name a few. Several projects like AIIMS Gorakhpur,  Ambedkar school of Economics, Kashi Vishwanath corridor will be inaugurated this month by PM Modi. BJP's main opposition - Akhilesh Yadav - has often complained that most of the central universities, hospitals and highways which were being constructed under the Yogi regime were started by his govt, approved by UPA govt.

With BJP fighting under the leadership of incumbent CM Yogi Adityanath, several fronts have cropped up to challenge the ruling BJP. SP chief Akhilesh Singh Yadav has stated that SP will only ally with smaller political parties for the 2022 Assembly polls, holding talks with Mahan Dal, NCP, SBSP. Mayawati has already announced that her party will fight polls alone in UP and Uttarakhand, while allying only with Akali Dal in Punjab. Congress has aggressively campaigned under the leadership of Priyanka Gandhi in the state, eyeing its solo return. The 403-seat UP assembly where Yogi rules with an iron-clad majority of 314 seats, is up for grabs in February 2022.